Leaked earlier in the day and having no chance in getting the cat back into the bag, Marvel has decided to officially release their teaser trailer for Avengers: Age of Ultron. In this sequel to “The Avengers,” Earth’s Mightiest Heroes regroup to fight to save the planet. Again. The supervillain this time is Ultron, an adamantium robot created by Tony Stark, which, initially meant for peacekeeping, now has intentions of exterminating the human race. From the trailer it appears that the rise of the robot causes a rift in the ranks of the superhero team that only mass city destruction can solve. Again. And maybe the addition of Scarlet Witch and Quicksilver will somehow add to the solution too. Take a look above.

Official Synopsis:
When Tony Stark tries to jumpstart a dormant peacekeeping program, things go awry and Earth’s Mightiest Heroes, including Iron Man, Captain America, Thor, The Incredible Hulk, Black Widow and Hawkeye, are put to the ultimate test as the fate of the planet hangs in the balance. As the villainous Ultron emerges, it is up to The Avengers to stop him from enacting his terrible plans, and soon uneasy alliances and unexpected action pave the way for an epic and unique global adventure. 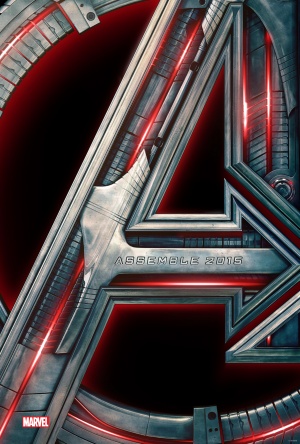