Never before has a title of a film been more descriptive of what it’s about as Machete Kills. Yep, just like “Machete” before it, Danny Trejo dices, hacks and stabs his way through everyone. But now since B-Movie Grindhouse is apparently in vogue again, some big names like Mel Gibson and the now red-hot Michelle Rodriguez have signed on to break from their norms and overact in complete trash. Embedded is the violently schlocky teaser trailer — give it a watch! 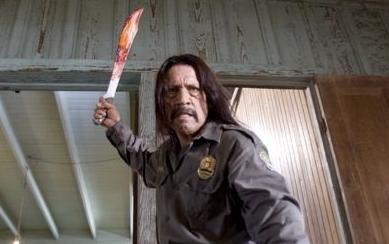 Official Synopsis:
The President of the United States (Charlie Sheen) tasks indomitable ex-Federale Machete (Danny Trejo) with silencing a dangerous radical and taking out a wealthy arms dealer who seeks to destabilize the entire globe.

Machete Kills hacks through US and UK theaters on October 11, 2013. 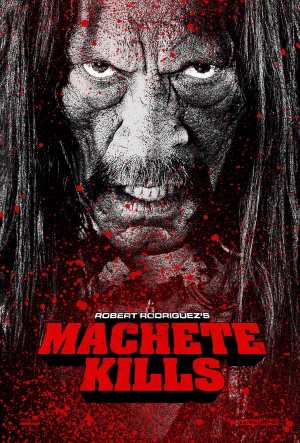