If I didn’t read otherwise, I’d swear Roland Emmerich was the director behind FilmDistrict’s upcoming film Pompeii. Why? Well because it’s got his trademarks all over it, including his oft-criticized, over-the-top, CGIed-to-death disaster sequence. Apparently, however, Paul W.S. Anderson, director of such bombastic outings like “Resident Evil: Retribution” and “The Three Musketeers” asked to borrow it, as the eruption of Mount Vesuvius is the backdrop for his slave turned gladiator love story. Needless to say, my hopes aren’t exactly high that this production is going to be anything more than big budget visual effects for the sake of big budget visual effects. Watch the trailer and I think you’ll agree. 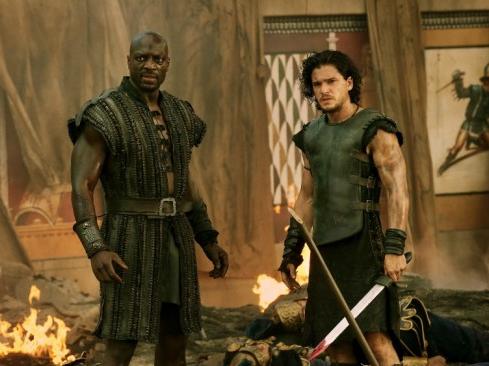 Official Synopsis:
Set in 79 A.D., Pompeii tells the epic story of Milo (Kit Harington), a slave turned invincible gladiator who finds himself in a race against time to save his true love Cassia (Emily Browning), the beautiful daughter of a wealthy merchant who has been unwillingly betrothed to a corrupt Roman Senator. As Mount Vesuvius erupts in a torrent of blazing lava, Milo must fight his way out of the arena in order to save his beloved as the once magnificent Pompeii crumbles around him.

Pompeii erupts into US and UK theaters on February 21, 2014. 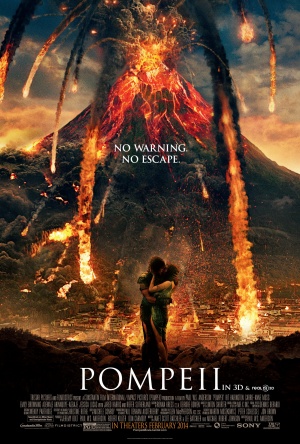