I hear your snickering, but it can happen. North Korea could conceivably invade and occupy the United States. And that’s the notion behind Red Dawn, the remake of the 1984 movie “Red Dawn.” Okay, it would have probably made more sense to go with the Chinese as the invaders (they’re more of a threat, and since they’re Communist too the “Red” in the title would still have applied) but it doesn’t really matter — the MidWestern teenagers who lead the resistance (led by “Thor” himself, Chris Hemsworth) aren’t picky as to whose ass they need to kick. But judging from the uninspiring trailer, the actors should have been more picky and decided against starring in this. To me it screams, “UNNECESSARY MEDIOCRITY.” See for yourself and be prepared to be underwhelmed . . . 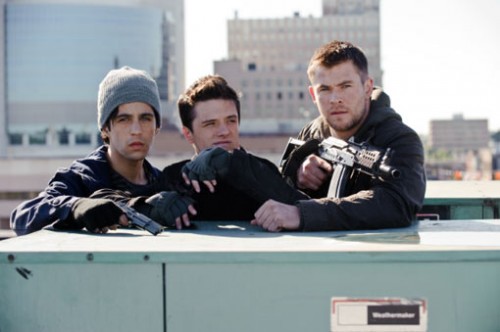 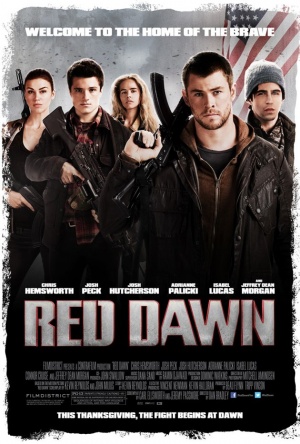