They’ve made a movie about every other toy in creation so why not everyone’s favorite building blocks, LEGO? Well today Warner Bros. put that to rest with their trailer for The LEGO Movie. Starring every superhero and lovable character imaginable, the family-friendly movie follows a typical smiley figure named Emmet (Chris Pratt) as he bumbles his way through an epic adventure that will pit him against a villain (Will Ferrell) trying to destroy the world. The story has a definite feel to it like “The Matrix” but similarities end there as the trailer shows. Prepare to laugh as it is chock full of funny pokes at everyday norms, superhero mythos and other movies.

Official Synopsis:
The LEGO Movie is an original 3D computer animated story that follows Emmet, an ordinary, rules-following, perfectly average LEGO minifigure who is mistakenly identified as the most extraordinary person and the key to saving the world. He is drafted into a fellowship of strangers on an epic quest to stop an evil tyrant from gluing the universe together, a journey for which Emmet is hopelessly and hilariously underprepared. 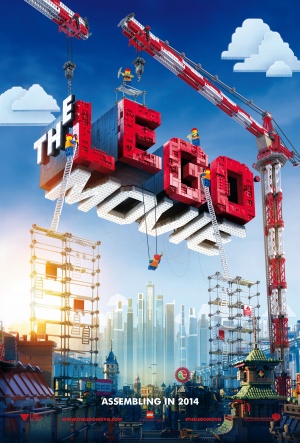