Sometimes the little guy gets the last laugh. Most times they don’t. With Tower Heist we can at least laugh as the little guy tries to get even with the powerful. After a Bernie Madoff type of scam sucks the pensions of hundreds of working stiffs dry, they aim to get even. Their plan? Since they all work at the scammer’s high-rise apartment building as housekeeping, security and maintenance, they figure they can easily break into and steal the estimated 20 million dollars from the scammer’s penthouse that he’s squirreled away. With an all star cast, and a possible return to form for Eddie Murphy, Tower Heist may be a late season comedy gem. 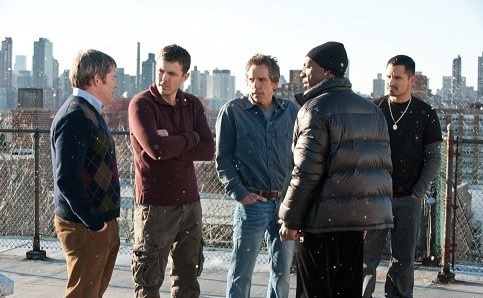 Tower Heist cases US and UK theaters on November 4, 2011.