Let’s call it now. There are only two reasons anyone has heard anything about I Know Who Killed Me. One, it stars Lindsay Lohan, who everyone knows is a figure of tabloid fodder due to her indulgence in the finer drugs available. Two, it stars Lindsay Lohan and she plays an exotic dancer. I saw this movie because I’m shallow and wanted to see little Miss Coke Whore shake her money maker.

I Know Who Killed Me promised to be a suspenseful thriller with a surprise ending, yet aside from a few gut wrenching minutes there was no thrill, no suspense, no surprise. The movie starts by introducing us to Aubrey Fleming (Lohan, “Mean Girls”). She’s a high school girl with oodles of promise. She’s been accepted to Yale. She’s won the Young Artists Competition award in piano. She has a loving family. But that means nothing when she’s been kidnapped by a brutal, ruthless killer.

And for the next ten minutes after her abduction, I was treated to what “Captivity” was supposed to be. A poor girl restrained on a table, in a darkened room, being poked, prodded, and cut. Scary shit. Unnerving enough that it made my skin crawl (Eli Roth take notes — your next “Hostel” needs to be this graphic).

Then the problems arise. There are holes in the plot that an M1A1 Abrams battle tank could drive through. Unfortunately, I can’t go in-depth into these inconsistencies (otherwise I’d give the ending away), but know that for the story to work everyone in the state would have to be complete morons. That doesn’t even take into account the absurd situations that must occur for all the pieces to fall into place. I was scratching and shaking my head so much that dandruff flakes filled my lap (and I don’t even have dandruff!).

There are also so many instances of overacting I was expecting William Shatner to jump out and perform a song and dance. This may have something to do with the ridiculous script. I know Lohan is a better actress than what she portrays here (just recently she performed well in “Georgia Rule”). Neal McDonough (“The Hitcher”) who plays her father Daniel is equally off kilter. He’s not what I would call an elite actor, but he doesn’t even come across as a grieving father. In case you didn’t know, grief is the easiest emotion to fake.

To say something positive about I Know Who Killed Me is quite difficult. As I had said before in this review, there is a ten minute stretch of some rather nasty deeds being performed on our lost girl. It was enough to make me feel sorry for her, but not nearly enough to push me to the point of abject sorrow. I also enjoyed watching our little vixen prance around in a nudey bar but was dismayed that she remained clothed, even though all the other girls in the bar were topless. If it’s a topless bar, then dammit all the girls should be topless! No exceptions.

I’m not sure if it is possible for I Know Who Killed Me to be any worse of a product than what it already is. It really needed a few more months of spit shining (rewrites, reshoots and recasts) to be ready for prime time. Therefore, my recommendation is for you to go to your local strip club and pay one of the hotties to play S&M games with you. It’ll fill your torture porn need that’s been blossoming inside of you that all of these recent movies have failed to quench. Besides, you know you deserve to be spanked. 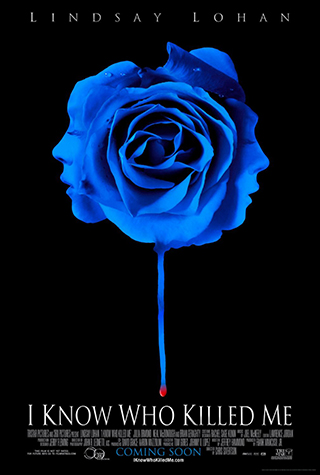