Observance is a difficult film to figure out, the kind that makes you wonder not what its creators are intentionally hiding from its characters and viewers, but what they have not yet figured out themselves. While it has more than its fair share of beautiful shots, dramatic hard cuts, and impressive performances, how unclear the meaning behind any of them is unfortunately overshadows their success.

Not only is the plot of this movie extremely overcrowded (which it certainly is), but the order and level of detail in which its many, many elements are revealed makes it extremely frustrating to follow. The more you think about its plot, the less sense any of it makes, which was especially upsetting to me considering how interested I was in its premise at first, which is as follows: A man, Parker (Lindsay Farris, “Bad Behaviour”) who I suppose we are to imply is a private investigator, starts to follow and monitor a woman from the dirty abandoned apartment building across the street from hers. Why he is doing this is never shared with the audience, and after a while it becomes clear that he doesn’t know himself. We also come to learn that Parker has (recently?) lost a son, leading him to become estranged from his wife, Rachel (Louisa Mignone, “Wish You Were Here”), whom we never see.

Already, that is enough to have going on to fill an entire film. In fact, it is enough for two films. The Hitchcock classic “Rear Window” and success of the significantly more recent movie “Disturbia” are evidence enough that a movie just about the snooping — especially because Parker doesn’t know why he’s doing it — could be very interesting and offers tons of opportunity for twists, deception, and suspense.

The grieving father plot line also could have been its own film — recall Lars Von Trier’s immensely terrifying 2009 “Antichrist” or even 1989’s “Dead Calm.” But, unfortunately, Observance doesn’t really do much with this aspect of its plot at all.

That being said, the combination of these two complete ideas initially seems like it is going to work. As Parker becomes increasingly impatient with his employer’s (another disembodied voice over the phone) refusal to give him more details about his “mission,” especially when it becomes increasingly clear that the watched woman (Stephanie King, “Teenage Kicks,” by far the best actor in the movie) is at risk of physical danger, he is assuaged only by the voice’s continued promises of higher payouts if he continues to stay and not interfere. Brief glimpses of the lost boy’s outstanding medical bills emphasize this incentive though, again, we are never really told how he died or what is going on between Parker and his wife, though her brother pops in and out of the movie randomly a few times.

So, again, at first, it really feels like this could work. A man, missing his wife and son and in need of both money and a distraction, agrees even without many details to spy on a stranger for an indefinite period of time, only to find that things are not what they seem, but cannot disentangle himself from the situation due to his dire need for money to pay his dead son’s medical bills and win back the wife he loves. That sounds pretty cool, right? You’d probably watch that movie. I tried to watch that movie. Unfortunately, Observance is so, so, so much more than that movie. Decades old and poorly explained family history of characters we never even see, loaded “creepy” imagery without any explanation for its existence, bizarre deaths of multiple people, and complete lack of clear goals for pretty much any of the characters are what end up happening instead.

In the end, even the best performances and the most interesting choices of special effects (even though adding supernatural elements to the film and a shadowy unexplained lab situation did nothing other than muddle it even more) feel irrelevant to viewers who do not understand why they are even there. Observance is, all and all, more artifice than anything else, and comes across as more pretentious than it needs to be for that reason. Again, if you’re looking for a grieving parent thriller, there are plenty of those out there with intentional ambiguity and significantly more clear stakes. Observance reaches too high and then falls too far, leaving it a confusing mess with an especially unsatisfying ending that left me feeling significantly more annoyed than frightened or moved. 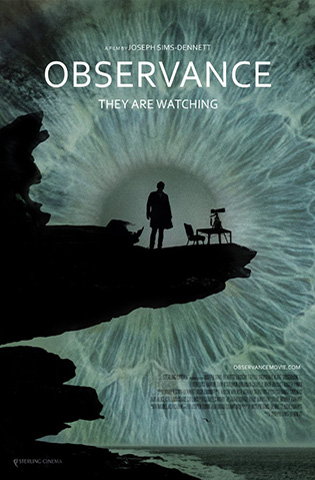