Joining A24’s pantheon of beautifully crafted, enigmatic thrillers is The Lighthouse, the sophomore effort by horror auteur Robert Eggers. Based on two seamen on an isolated lighthouse in the late 1800’s, this strange thriller tackles a simplistic setting from a mind-numbing perspective and is more than enough evidence to support the resounding resurgence of unsettling, fantastical horror films. Eggers, having been a contributor of this growing genre with his 2016 historical horror film “The Witch,” maneuvers around this complex script and supernatural essence with his signature poise as viewers are tantalized and immersed into another one of his peculiar worlds.

On a remote island, in a small and unimpressive lighthouse, sits Thomas Wake (Willem Dafoe, “Aquaman”), an elderly workhorse with a bone to pick and decades of experience as the wickie lightkeeper supervisor. He’s joined by the focused, but hesitant, Winslow (Robert Pattinson, “High Life”), a young man whom the audience can’t help but wonder why he’s chosen such an isolated position as a means to an end. His hesitancy is blatant, yet he is a hard worker — he completes every task Wake pitches his way. Wake having seniority, gives Winslow the most tedious and physically taxing tasks to do, while for the most part he oversees and does maintenance.

This relationship ultimately presents conflict and tension between the two men. Wake is relentless in his treatment of Winslow, and it doesn’t take long for Winslow to question Wake’s methods. Unfortunately it falls on deaf ears, as Wake keeps track of Winslow’s performance and can determine if he’s paid or not.

In a consistent and excellently paced series of unsettling arguments, drunken confessions, and psychedelic occurrences, we grow to learn much about Winslow, but Wake remains an enigma even to the bitter end. He never lets Winslow step foot in the top of the lighthouse and it becomes a mythological Garden of Eden for Winslow and heavily influences his thought processes as he questions his sanity. Ever slowly, as the seamen’s stay from four weeks extends to more than five, their relationship descends from workmates to intimate confidants to mortal enemies.

Neither of the men (nor the audience) can be sure of what’s real and what isn’t. On the surface, The Lighthouse is a film of horrific redemption driven from isolation derangement, but diving deeper is an even more beautiful display of man’s collective psychological limits. But it’s the outstanding last act of this film that really hammers home the allegory, with Eggers’ stylistic approach complimenting the dreary landscape as Pattinson — and especially Dafoe — descend into madness in a mesmerizing dual performance that is equally Shakespearean as it is modern psychological horror.

Eggers not only approaches the characters with peculiar, patient nuance, but he never loses the audience’s attention, and he never cuts corners — almost every scene is methodically necessary even if it comes with a few farts in it. Ultimately, The Lighthouse stands as not only one of the more gripping horror-mystery-thrillers I’ve had the pleasure of watching, but it is also one of the few films to successfully coalesce horror and arthouse in a uniquely novel way. It’s decisively one of the best films of 2019. 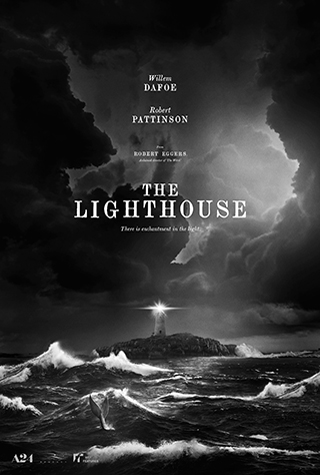