Racism is still alive. We know that very well, even when, sometimes, some still have the nerve to deny it. Racism was an entirely economic enterprise through which something utterly immoral was justified on the very grounds of morality (i.e., white supremacy) — and the US had never done better, economically speaking, than when racism held sway over their Supreme Court via their Document in Chief: The Constitution. When the Founding Fathers were Rational Racists as well.

But with racism, as often happens with all forms of oppression, there were many unintended outcomes. In this case, one of the main unintended outcomes came in the form of music. The best and truly original American music owes it all to black music, to the extraordinarily uniqueness that resulted from the fusion of African and American folklore: In the early days, this was jazz and blues. Uneducated geniuses (the purest kind of genius) flaming and filling their notes, polyrhythms, syncopations and, indeed, improvisations with anger. And then came one a little girl, a little black girl, called Eunice Waymon, who fell in love with European music, more specifically with baroque music, and yet more precisely with Bach. Beautifully Baroque Bach. This girl found something that later revealed to her as an impossible love: A black woman wanting to become a (the first) classical concert pianist, when, as she later realized, their people, those people of her “race,” only had the right to become gigmasters.

Plenty has been said about Nina Simone; there’s abundant literature about her and, perhaps not as much as there should be, about her work. Films, there are some, documentaries like the concise “Nina” or the too-literal-for-its-own-sake “Nina Simone: La légende,” and let’s not forget the upcoming biopic with Zoe Saldana (a most unfortunate phenotypic cast decision, despite her talent): “Nina” (the less concise version). So, what does Liz Garbus’ documentary, What Happened, Miss Simone?, have to add to this collection? What made this documentary worthy of an Oscar nomination for best documentary feature? Perhaps the oxymoronic premise of having a film on one of the greatest American symbols for Civil Rights right at the middle of the controversy behind the Academy’s lack of diversity. Perhaps, but in my view, Garbus’ film explores, exemplarily, the relationship between anger and genius that eventually tore apart this exorbitant talent.

Eunice Waymon was a talented little girl who never grew up; she was just starting her teen years when she was refused by the Curtis Institute to further her classical piano training and an early adult when she was already playing piano in “crummy bars” where she was compelled to sing under the threat of being fired. There’s how she discovered her voice, her matchless voice, her deep, resounding, as-if-coming-from-the-entrails-of-her-people’s-collective-soul voice. And it was when she started playing in these venues that she changed her name to Nina Simone, the artist ashamed of her profession, afraid her mom could find out. The line dividing decency and indecency is as thin as the line dividing art from entertainment. A concert pianist would have never brought shame to her family, yet an entertainer at low key joints could bring nothing but shame to them. It was from shame that Nina came out. It is in anger where Simone was finally forged.

As she did before with Marilyn Monroe, Garbus digs into her subject’s personal writings (diaries, loose poems, personal correspondence, etc.) and digs out a great amount of accumulated anger that only grew larger and larger through the years. But then Garbus is sensitive enough to balance all this anger with an equally growing sense of isolation that accompanied Waymon all throughout her life. Isolated Waymon with a chained up childhood and a gigantic gift meets angry Simone with a gargantuan genius and a weary womanhood. She was always an entertainer, an immensely talented one, and so the distance between her and the people in her life only grew greater with time, for, as her daughter, Lisa Simone Kelly, asserts: “My mom was Nina Simone 24/7 . . . and that is when it became a problem.” Garbus, however, goes on in her search only to unveil that Simone was never fully Eunice Waymon, that the girl who crossed the railway tracks every day to the white side of town so as to receive piano lessons got lost on her way back one of those days. And that was the problem.

The musical relationship we are able to appreciate since early on the film between Waymon’s beloved Bach and her own temperament (or illness) is not to be disregarded. The counterpoint she introduced in the highly improvisational technique required in what was then popular music (i.e., jazz, blues, R&B, gospel, soul, etc.) and that beautifully played with her ever elevating octaves going up as much as they could go low was also the induction of a strenuous bipolarity that hanged upon her until it destroyed almost every relationship she had. Here we are in front of an indomitable virtuosity galloping fast against the waves of fear that first awakened this passion in her. Hers is an open-ended fear, the fear of a woman wanting to be free as much as fearing it may come to pass, for, as we see over and over again in the movie, freedom for her becomes a sort of paralysis. This is best illustrated during the years in which she became an American expatriate. One of most powerful images in What Happened, Miss Simone? comes from one of the greatest testimonial voices in the film, her lifetime (musical) companion and musical director Al Schackman. After her diagnosis, Simone, now living in Holland and on medication, is joined by Schackman just to hang out at the terrace, where they spent their time “just holding hands . . . and not talking for hours, at all, just enjoooying the day.” But these few moments of bliss, of serene silence in Simone’s life were at the price of her abilities as an artist, since the medication affected her motor skills and her voice (wonderful voice) waned without remedy.

And yet, it is at the midst of her bipolarity where the civil rights activist bloomed, and her music found a definitive pipeline through her anger. Because racism is something to be angry of, and something to be dreaded and feared, that will never let you free, that will canalize your choices, that will asphyxiate your yearnings, that will calibrate your desires till they adjust. This anger modelled Miss Simone’s craft, and it was here that her genius grew exponentially: Having something to complain was as much as having something to care about — the only possible purpose of any form of opposition.

If it is true that Garbus’ biographical documentaries all look the same, that her narrative structure depends little on the subject and much more on her technique, that sometimes the might of certain words are haplessly escorted by cheeky re-enactment sequences (which in her “Love, Marilyn” become actually annoying), it is true just as well that she has a very acute eye to see through the material (the humongous amount of material) she gets to reconstitute the person in their own words. What Happened, Miss Simone? is no exception.

The inconsistent rhythm of the documentary, with at times a unwound tempo, syncopated yet highly scripted, leaves a story with several rough edges (i.e., her complex relationship with her equally temperamental and highly volatile husband or her lost childhood, which although a common pattern in Garbus’ portraits, is often left too much in the background, etc.). Yet What Happened, Miss Simone? takes a worthy look at how much race scarred this artist and to which degree it participated in the extraordinary range of her voice, the one behind her singing voice, that could go from classical to popular in less than two bars and could do so with an impressive intensity channeling her boiling anger. Her range as large as her rage.

Garbus’ work deepens into the duality within Miss Simone and Miss Waymon, two musical geniuses dwelling at either side of the spectrum, exchanging roles at self-destruction (i.e., choosing beaters as lifetime partners, beating her daughter once separated from the lousy father). She could be two things at once, both a comfort and a monster to her daughter, both an artist and an entertainer. But this is only because the audience, the place that made her wealthy, was as white as the attendees of the Playboy Mansion where we see her (the only black person in the room) playing “I Loves You Porgy” for the first time to a large audience. It was the same audience that, as the epigraph of the film (from Maya Angelou’s interview) asserts, “idolized, even loved” her and yet did not hesitate to discriminate her. If in a better way, for she was a celebrity, a celebrity amidst other celebrities, liberals and “sorority racists,” to employ Chris Rock’s very fortunate term.

Racism, this form of covert, systemic racism, is a form of social bipolarity. The deep marks of racism that keep scarring psyches and creating barriers have created many of the best cultural (or countercultural—counterpunctual) movements in the United States. If there is anything that the US has better than any other country in the world, that I admire more than anything else, is its dissidence: The constant creation, massive making of geniuses in the old sense of the term, scarred souls with desperate daimons creatively battling to get out, and slowly striving against their host. This, it may be true, is the best that the US has created — whence the possible allure of the current Republican nominee frontrunner: Maybe during his dictatorship, there will be an overproduction of American geniuses, as there haven’t been too many lately. Of this last assertion, I am not sure. Yet I am increasingly convinced that this is a formula we may be willing to dispense with: The more inclusion the less dissidence, the less geniuses. Dispensing with this dictum is a hypothesis I may be willing to explore. I may be willing to explore it not fearing too much whether it proved right, but rather enjoying, with ever beat of my heart, if it proved wrong. 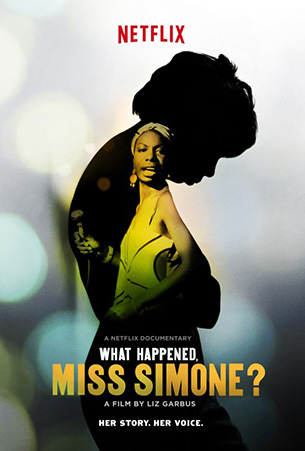