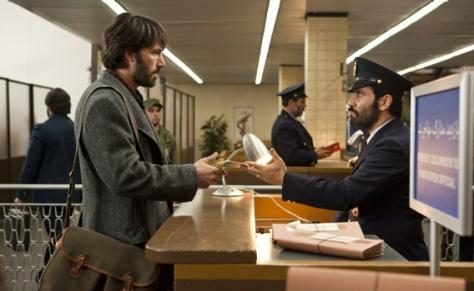 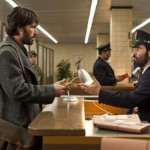 You don’t see the late ’70s or early ’80s get represented in the movies very often. Audiences are used to seeing movies set in the ’60s, during World War II or in the Old West, but seeing action take place in 1980 just feels foreign. Everybody still smokes (even on airplanes), shirt collars are enormous, Jimmy Carter is the President, and the U.S. Embassy in Iran is being overrun.

In late 1979, the Shah boarded a 747 out of Iran and the U.S. took him in. The Ayatollah Khomeini returned from exile, the Iranian Revolution kicked off, and the streets were filled with angry Iranians venting rage at the United States for harboring the Shah; they wanted him returned to Iran to stand trial with a certain death sentence. With stunning camera work right in the middle of the protest outside Tehran’s U.S. Embassy, director Ben Affleck shows the anger, rage, and rising potential for violence. As soon as the first protester jumps the fence, the Embassy turns full throttle into crisis mode. Documents are shredded and burned at breakneck speed while employees debate on whether or not to stay or run and hide.

Six State Department Foreign Service employees working in the visa office elect to get out of Dodge. They slip out of the embassy and find shelter with the Canadian Ambassador (Victor Garber) in his residence while the rest of their compatriots are taken hostage for a long stay in the embassy compound at the mercy of the revolutionaries. It is only a matter of time before the Revolutionary Guard figures out that six Americans escaped; they have small children working in sweatshop like conditions painstakingly taping back together hundreds of shredded documents. The diplomats need to be extracted before time runs out.

Enter CIA “exfiltration” expert Tony Mendez (Affleck). There are no good options to get the six Americans out of Tehran, but Tony realizes perhaps the more overt the rescue the better. His superiors initially balk at the absurd idea to transform the Americans into a Canadian film crew, but nobody else is offering a better idea. Tony flies to Los Angeles to enlist an old CIA asset working as a makeup artist, John Chambers (John Goodman), and an aged out-of-the loop movie producer, Lester Siegel (Alan Arkin). Together, the idea for the fake movie Argo is born. Tony will fly to Tehran under the guise of scouting locations to film the sci-fi epic.

Argo is a thrilling film. The suspense of the Americans hiding out at the Ambassador’s residence is intercut with the bureaucratic efforts back home of officials deciding whether or not it is even in the U.S.’s best interest to rescue them. If they are caught trying to sneak out of the country, it could be a major embarrassment for the CIA and the President. Tony Mendez endures the strategic pressure from the White House led by the Chief of Staff Hamilton Jordan (Kyle Chandler) and at the tactical level since not all the employees keeping their heads down in Tehran believe this crazy plan will work. Supporting actors Tate Donovan, Clea DuVall, and especially Alan Arkin and Bryan Cranston all convey the urgency of their situations and really do justice to this top notch script. 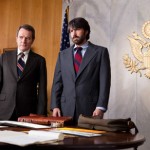 Affleck creates a memorable atmosphere here. The streets of Tehran are seething with hatred, the bustling office workers inside the Beltway are trying to chain smoke themselves to a solution, and the Hollywood execs on the West Coast realize they may have a chance to really do something worthwhile for a change. All of these disparate characters and actors never come into contact on the screen but Argo never once feels choppy or haphazardly spliced together while attempting to make a whole. It is fluid. First time feature film writer Chris Terrio crafts a suspenseful thriller from the article “Escape from Tehran” by Joshuah Bearman.

Ben Affleck has now directed his third good film after “Gone Baby Gone” and “The Town.” Argo is by far his best work and will easily find its way onto dozens of Top 10 lists at the end of the year. Most of us already know what happened in real life with the embassy hostages before the movie even starts. It is a testament to how good Argo is that knowledge of how it turns out doesn’t matter, it’s how the film gets the audience to the conclusion which is thrilling. 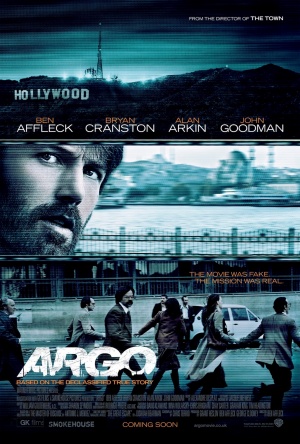