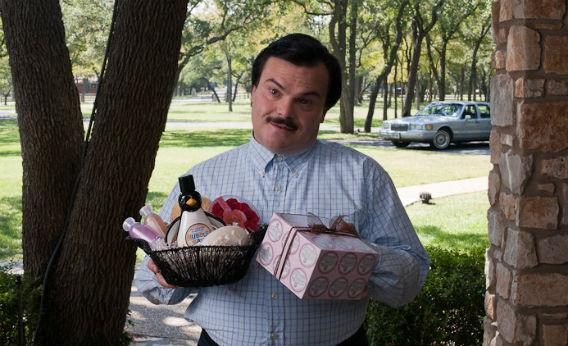 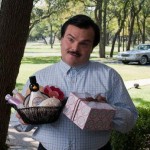 In the opening shot of Richard Linklater’s Bernie, our eponymous protagonist (played by the infectious Jack Black), who is an assistant funeral director and mortician, warns that, “You can’t have grief tragically becoming a comedy.” Ironically, this dramedy based on a 1996 murder that shook the small town of Carthage, Texas does just that.

Written and helmed by the man behind the modern classic “Before Sunset” and, more recently, the completely passable “Me and Orson Welles,” the movie, much like the aforementioned scene, is mostly done in a sharp satirical tone. And while the direction becomes somewhat forgettable and the narrative is incredibly inconsistent, colorful dialogue and likable leads make the movie stand out — sorta. There’s really no other way to describe it other than as harmless — often breezy — independent cinema.

Like all tight knit municipalities, public opinion is important in Carthage. But Bernhardt “Bernie” Tiede is described as a man who, while excellent at sales, wholeheartedly cares for his funeral home’s clients (especially the distraught widows) and who never manages a frown. Even Marjorie Nugent (Shirley MacLaine), a wealthy but bitter dowager largely disliked by the community, quickly becomes accustomed to his charms and hires him as her personal assistant. Yet, after becoming weary of her never-ending neediness and non-stop put downs, even ol’ Bern reaches his breaking point and, in a shocking turn, shoots her dead. And being the only one who cared for her, creating the illusion she’s still kicking becomes a simple undertaking for him. With none — save for her personal stockbroker (played by Richard Robichaux) — asking for Ms. Nugent, he happily spends her estate to improve local businesses, schools, and churches; however, once months pass, keeping up with this facade becomes increasingly difficult when District Attorney Buck Davidson (a rather stellar Matthew McConaughey) begins to investigate her whereabouts. 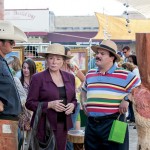 The message in Bernie is that a good community standing can sometimes downplay acts even as heinous as manslaughter. Shot in and around Carthage, a lot of the town’s real life residents are actually shown on film. In fact, Linklater employs a documentary-esque touch in-between the dramatics by interviewing the locals who, for the most part, continue to defend Tiede. It’s no surprise considering the titular character has always been overly generous. He yearns for acceptance and waits for people to like him. Thus it sounds completely unreasonable to suspect him of murder. Unfortunately, the script doesn’t quite handle that shift from nice guy to killer as well as it could have. And Nugent’s death, while advertised as the focal point of the movie, comes too late into the story and doesn’t really impact the characters at all. This makes the storytelling way too monotonous.

But Jack Black, accompanied by one of McConaughey’s better performances, carries the film through its weaker spots. Comedy actors usually excel in dramas because they see humor in even the bleakest situations. In fact, John C. Reilly and Will Ferrell deliver the most when they’re acting in more serious productions. For me at least, now Black has joined their ranks. Having already collaborated with the director in 2003’s “The School of Rock,” he’s surprisingly comfortable in his darkest role yet.

With that said, Bernie is a decent — sometimes hilarious — character examination that, while a tough sell for theaters, should entertain a handful of audiences once it makes it rounds on Netflix. 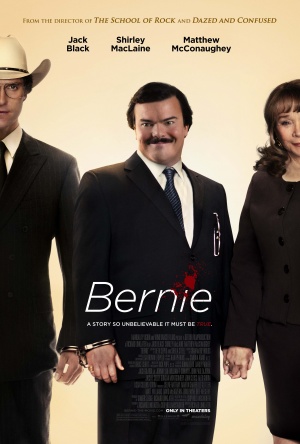