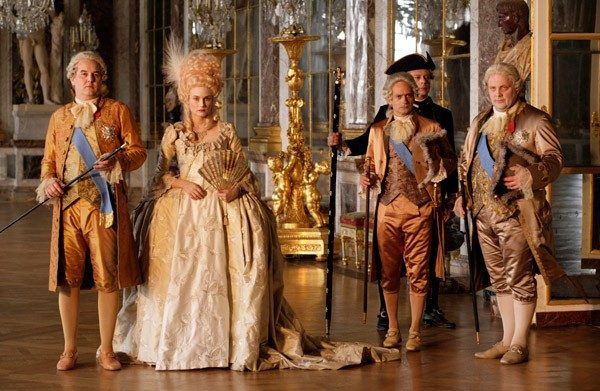 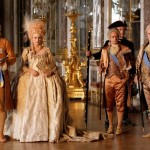 The French Revolution kicked off in 1789, not too long after America’s ended. Fortunately for King George III, he lived in London and not Philadelphia or Boston. King Louis XVI and his wife Marie Antoinette were not so lucky; their revolution sprouted on their doorstep. The four days which Farewell, My Queen covers, the 14-17 of July, were dark days indeed for the French monarchy and their noble hangers-on. Nobody leaves Versailles because it is too dangerous, the Bastille is stormed, and there are pamphlets floating around Paris of 286 named individuals whose heads the revolutionaries wish to chop off. The number one name on that pamphlet is Marie Antoinette (Diane Kruger).

Unlike Sofia Coppola’s 2006 version of this story, “Marie Antoinette,” Marie is not as young as she once was. She misses her youth but appears to have found company with the Duchess Gabrielle de Polignac (Virginie Ledoyen). Scandalous rumors circulate not only throughout the palace of the extent of their liaisons, but also through the rest of France. Many believe the Duchess is just as responsible for the people’s miserable state of affairs as are the King and Queen. In fact, her name is number three on the guillotine wishlist. However, both of these ladies are merely supporting characters in Benoit Jacqot’s version; their story is told through the eyes and ears of the queen’s loyal reader, Sidonie Laborde (Lea Seydoux).

Sidonie is at the queen’s beck and call whenever she feels in the mood for a play or a novel to be read to her. She does not have a more devoted subject; Sidonie absolutely worships the queen is all she does or could do. The queen recognizes the true adoration in Sidonie’s eyes and so employs her as a sort of sounding board and confidant; not to the extent of Duchess de Polignac’s level of intimacy, but nonetheless, Sidonie is one of the closest servants to the queen. The other palace servants take note of this and Sidonie appears to be among the more higher-ranking servants. And because Sidonie is extremely well read and discreet on top of it, she is quite the capable spy who can ferret out closely held information when events start to pick up the pace outside the palace walls. Sidonie knows which servants to press for info, whose palms need greasing, and in which particular dark corner of the room to stand to eavesdrop on conversations to acquire the most up to date gossip on how the queen is feeling, who woke the King up in the middle of the night, and how close the revolutionaries are getting to the outside walls. 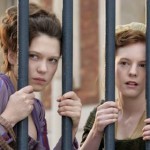 Unfortunately, what sounds like deep palace intrigue and an interesting history lesson in the French Revolution mostly lands with a thud on screen. Marie Antoinette is seen a few times and the Duchess hardly at all. A movie which spends a lot of time discussing the truth and falsehoods of their relationship only puts them in the same room together once. Sidonie holds your interest as she scurries back and forth trying to please the queen but her limited view of the action also limits the audience’s view. As the situation becomes more pressing and hectic, the camera almost latches on to the back of Sidonie’s neck as she runs down the long, slick hallways of Versailles. Towards the end, the camera work was becoming a bit distracting — one should not notice the camera’s movements too much but after another jerky movement to the right and back left or another awkward close-up, I wished they would just place the camera on a tripod and let it be. What the cinematographer may have thought was innovative and eye-catching was more irritating and a case of needless showboating.

The art and costume directors must have had a field day though. Any film set in 1789 Versailles probably has these types of creative personnel lined up down the block raising their hands to get a shot at it. While Farewell, My Queen works on an aesthetic level to produce a great looking period piece (minus the camera), this film is only for the Francophile. There is a lot of name dropping and whoever remembers their pre-Napoleon French history class from college may smile and nod as name after name is casually mentioned in conversation. For those who are a bit more discerning in their historical fiction though, you will not take very much away from this film you do not already know. Go enjoy some French wine instead or pick up a copy of “A Tale of Two Cities” to quench your French Revolution itch. 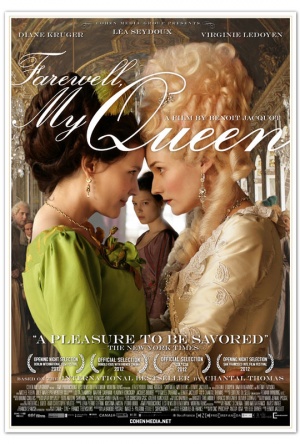