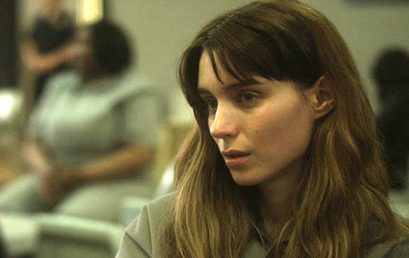 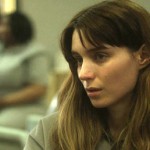 Have you ever succumbed to a frightening dream or twisted fantasy where your life slowly falls apart before your own eyes? Well what would happen when you mix these feelings of insecurity with a quelling desperation to mend the bridges that you’ve burned along the way? The answer just may come in the form of a Hollywood production from the minds of director Steven Soderbergh and writer Scott Burns. Side Effects is a peculiar, gratifying mystery that kicks your mind in gear about halfway in with a purposely slow push to the dramatic climax.

The films centers around Emily Taylor (Rooney Mara, “The Girl with the Dragon Tattoo”). She is a 28-year old ad agency employee married to a man caught making insider trades on Wall Street and imprisoned for four years, Martin (Channing Tatum, “21 Jump Street”). Noticeably depressed after Martin’s return, Emily hits a rocky bottom, going so far as to try and take her own life. Her psychiatrist, Dr. Jonathan Banks (Jude Law, “Sherlock Holmes: A Game of Shadows”), genuinely trying to save his patient, confers with Taylor’s former doctor, Dr. Victoria Siebert (Catherine Zeta-Jones, “Playing for Keeps”), who suggests he put Taylor on a new anti-depressant drug called Ablixa. What works at first, however, soon leads to bouts of sleep walking and blackouts to the dismay of Martin, who pleads for Emily to be removed from the medication while the reconciled husband and wife try to reaffirm their marriage and careers.

Side Effects then takes a 180-degree turn when a body is found in the apartment of the saddened, disconsolate young woman. Was she responsible for a grisly murder? Discerning more about the drug Ablixa that he had prescribed, Dr. Banks learns that Dr. Siebert knew about the obscure side effects plaguing his patient. Taking this as a sign to delve deeper into the case (he bares much of the blame for neglecting the needs of his patient), Banks becomes your average Perry Mason and raises an eyebrow to much of the facts that are uncovered. As his life unravels, Banks doesn’t surrender to the wit of Taylor or the guile of Siebert and will not rest until he sees justice — whatever it may be — laid out.

Pushing the murder mystery aside, at its core Side Effects preaches an underlying message: Commercialism is at fault. Maybe that’s a bit too far-fetched, but upon reflection, it’s noted that the secret operations of Wall Street trading are the cause for much of the problems that Emily, Martin and even Jonathan have to endure. In a world where stock market blunders land one in prison (but generally don’t), Side Effects paints a beautiful mural of how easily affected family, friends, careers and life can be, and how greed (as usual) can simply never be tamed. 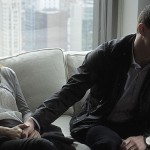 Muting this missive just enough so it doesn’t distract, is the masterful handy-work of auteur, Steven Soderbergh. As the director of recent thrill rides, “Contagion” and “Haywire,” he puts an awesome script to the test. Purposely, he makes the opening half of the film burn slowly and encourages the audience to question the direction it will be heading, but just like the intensity of “Contagion,” it picks up mightily under the influence of an edgy Scott Burns script. Helping them both is the brilliant performances put forth by Jude Law and Rooney Mara. As Dr. Banks, Law brings a gigantic aura to the screen in an extremely believable performance. His ability to jump from two extremes — from the likes of a well-to-do psychiatrist to a troubled man eager to save his reputation, career and family — is phenomenal. Mara on the other hand, comfortable showing some skin on the screen, lived up to her reputation here but also brought a lot of charisma to the part of Emily Taylor, as a “victim” of her treatment yet cagey personality full of wit. Both figures have commendable chemistry and unmatched precision.

In terms of lasting value, however, Side Effects won’t win any awards (although a hard fought case for Jude Law could probably be made) as it stacks firmly against other films of similar type (“Shutter Island” comes to mind). But with a 106 minute running time that feels like ten, and enough smart red herrings to fill a fisherman’s quota, it is definitely one to watch for immediate satisfaction. (Plus, it’ll give a better high than any Ablixa knock-off ever could). 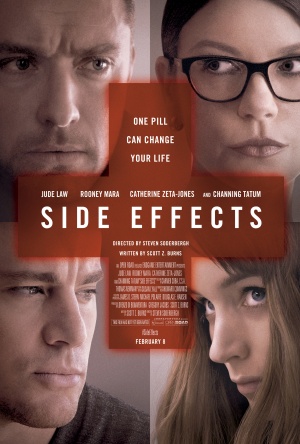