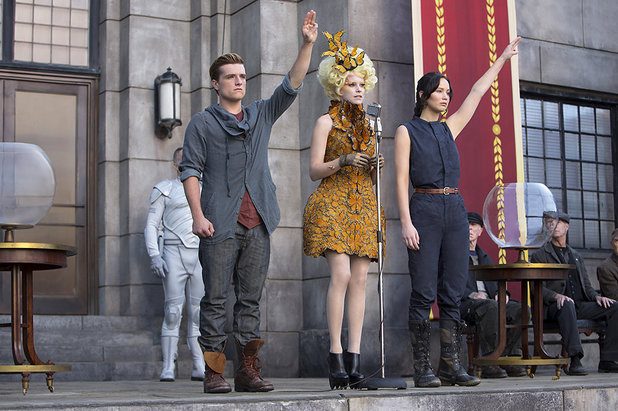 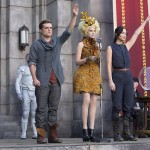 As we find in the second installment, The Hunger Games: Catching Fire, however, this new found fame comes with a price — when embarking on a Victor’s Tour of the Districts, Katniss discovers that getting one over on the Capitol has stirred up the beginnings of revolution. In a bid to make an example of Katniss and to quash the simmering rebellion, President Snow (Donald Sutherland, “The Eagle”) conspires with his next in line, the newly appointed chief game-maker Plutarch Heavensbee (Philip Seymour Hoffman, “The Master”) and they quickly devise the 75th Annual Hunger Games known as The Third Quarter Quell where previous winners must now come back to battle each other.

Given that ‘The Games’ are the most thrilling and widely discussed part of the trilogy, it’s disappointing to see that The Third Quarter Quell only takes up a small part of The Hunger Games: Catching Fire in comparison to ‘The Games’ in the first film. Bloodlust too is curtailed this time around as alliances are instead formed with new faces — Finnick Odair (Sam Claflin, “Snow White and the Huntsman”), Johanna Mason (Jena Malone, “Sucker Punch”), Wiress (Amanda Plummer, “Small Apartments”) and Beetee (Jeffrey Wright, “The Ides of March”) — in order to survive the arena and all the poisonous theme park-esque trials it has to throw at them.

In its place, writers Simon Beaufoy (“127 Hours”) and Michael Arndt (“Oblivion”) focus more attention to the underlying themes of class inequality and the exploitation of the cult of celebrity. Stark contrasts are highlighted again and again by director Francis Lawrence (“Water for Elephants”) — residents of the capital pose and primp in ridiculous getups while the working class of the 12 districts of Panem scrape by with scraps to survive. And as a forced participant of the propaganda machine meant to maintain fear, Katniss in her steadfastness reveals to all the dangers of ignorant complacency (so well in fact that she even causes the painted lady, Effie Trinket (a wonderful Elizabeth Banks, “What to Expect When You’re Expecting”) to take pause).

As the unwitting heroine, Jennifer Lawrence delivers strength and compassion with equal measure. Her character in The Hunger Games: Catching Fire is no longer purposefully blind to world in which she lives; she is now deeply scarred from her ordeals (even suffering from PTSD) and more determined than ever to do whatever is necessary to save those she cares about. It is damned hard to not quietly applaud Lawrence’s efforts even when she appears to be just going through the motions (it could, of course, be argued that that’s what the role of Katniss demands in this sequel). 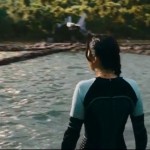 The performances of the rest of the cast are serviceable enough to be convincing. Hutcherson is still weak to a fault. Donald Sutherland as President Snow is effectively threatening but doesn’t quite reach the spine-chilling aura described in Suzanne Collins’ novel. Liam Hemsworth (“The Expendables 2”) as Katniss’ true love, Gale, is marginally better at playing lovestruck, while Woody Harrelson (“The Now You See Me”) as Katniss’ and Peeta’s mentor tries his hand at sympathetic with limited success.

In spite of these weaknesses, The Hunger Games: Catching Fire should handily satisfy most fans who are hungry for this next installment even if it doesn’t quite stand up as a “full” film in its own right. There is no escaping the interim movie feel: Rushed in some places, and incomplete and repetitive in others (particularly in the lead up to the games as the tributes prepare themselves for battle). Its unsatisfying conclusion is understandable, however, as the story is not yet over . . . 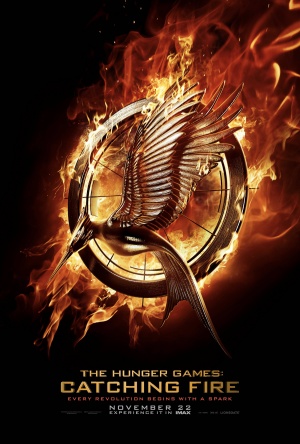