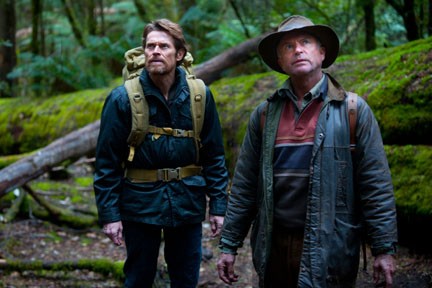 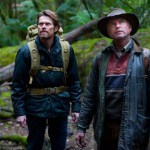 Tracking through the wilderness.

One of my closest friends goes on regular hunting trips with his family. Nothing earth shattering there — they, as most hunters, tend to hunt for Bambi’s extended family for sport or food (although I found it particularly strange that, although he’s not a taxidermist, he once kept a deer head in his refrigerator for an extended period of time). The protagonist in Daniel Nettheim’s The Hunter, hunts for neither of the aforementioned reasons — he’s a highly skilled, for-profit hunter whose game is a tiger long thought to be extinct.

Hiding in the untamed wilderness of Tasmania, the beast’s genetic code is said to hold the secret to a dangerous weapon. Willem Dafoe plays Martin, a mercenary contracted by a shady biotech corporation to track it down, extract some samples, and send the species into oblivion. However, his militant sense is tested when he becomes involved in the lives of a family he’s forced to board with. In the company of a depressed widower, Lucy Armstrong (Frances O’Connor), and her two children, Sass and Bike (played by Morgana Davies and Finn Woodlock), he quickly fills the void their father — an outspoken environmentalist who disappeared mysteriously — left behind. By doing so, Martin adopts the family’s many enemies.

The story is based on Julia Leigh’s 1999 novel of the same name. Upon release, the book was met with mixed reactions. Some critics, like Elizabeth Dean and Christopher Bantick, pointed out her “naive tendency toward stereotyping.” Others, however, appreciated the green-friendly themes and were satisfied with calling it great “eco-text.” Both camps, however, doubted that the author had ever even visited Australia; such is not the case with this film adaptation.

The Hunter was shot on location. Reportedly, the crew had to deal with leeches during production — a small sacrifice for the lush locations. The back-country sounds and a darkened color scheme complement the actor’s silent performance. Completely apathetic and uninterested in the local strife, the man is most natural devising traps and melting into the greenery. Dafoe captures the complexities of his character authentically and, despite being a renowned arthouse star, he feels natural amongst the earth. This is the actor’s best performance since his work on Lar von Trier’s “Antichrist.” 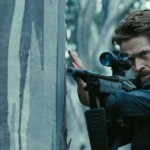 Unfortunately, the drama with Lucy and her kids isn’t as involving. These characters aren’t handled well and their scenes feel rushed and underdeveloped. Martin’s brief relationship to the former is too sentimental and predictable. On the other hand, the dynamic between him and Bike — a strong, but wordless, bond — has the right idea and fits in nicely with the overarching theme, yet it’s still too breezy.

While it’s a film that takes place mostly outdoors, The Hunter is a story of internal struggle. The source material describes Martin as a man who “can see and hear and smell what other men cannot; the man of delicate touch and sinuous movement; the man who can find his way through the bush by day and night.” Alice Addison’s eloquently written — albeit dramatically uneven — screenplay and Nettheim’s brilliant direction nicely reflect the novel’s refrained emotion and workmanship. That notwithstanding, the uncompromising subtlety should divide audiences between those not so enticed by its reserved atmosphere and those caught between its narrative bear trap. 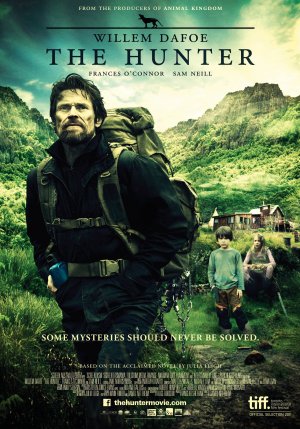