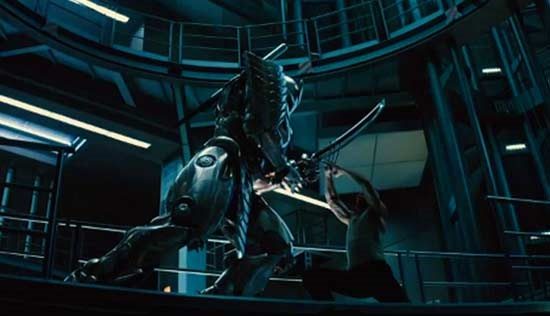 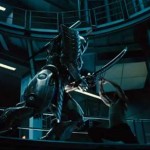 Versus the Silver Samurai.

He clawed his way to the top of the superhero cinema heap more than a decade ago, back when Marvel properties were just starting their big screen takeover, but that’s a height Wolverine hasn’t reached in years. The lovably rugged X-Man had the misfortune of participating in the stinker “X-Men: The Last Stand” in 2006 and then later starred in his atrocious solo effort, the 2009 disaster “X-Men Origins: Wolverine.” Now he’s back in the simply titled The Wolverine, a second solo picture that’s a mild improvement on his previous two movies and yet still a forgettable, lazy endeavor. Hugh Jackman’s fifth significant appearance as the angry hero arrives with the usual commitment by the actor, but there’s little to commend here beyond a stab at longevity.

Picking up after the events of “The Last Stand,” Jackman’s Logan, having ditched his titular persona, is back to being a loner and a drifter, hiding out in the mountains where he can have cheesy encounters with CGI bears. Haunted by memories of Famke Janssen’s Jean, the love interest whose fate was clumsily sealed in “The Last Stand,” Logan is now determined to live the rest of his life independent of human connections. It’s a dreary place to start, but the only tragedy I could identify with in the opening minutes of the movie was the devastating effect the digital age has had on bear performers. One look at the blatantly pixelated creature was enough to make me mourn the days when a bear was played by (gasp!) a bear.

But that’s apparently missing the point, because this particular bear is just a gateway to an action scene that kicks off the plot. Logan meets the sword-wielding Yukio (Rila Fukushima), who convinces him to accompany her back to Japan, where a dying man from Logan’s past awaits. Once there, our hero finds himself embroiled in a conflict that spans several generations, as Logan’s old pal Yashida (Haruhiko Yamanouchi) is on his death bed with the future of his massive tech corporation a mystery that has aroused the interest of the Yakuza. Added to this is an offer by Yashida to rob Logan of his healing superpower so he can finally, naturally reach the end of his long, tortured life.

Mortality is a prevalent theme in The Wolverine and the plot establishes plenty of angles from which to glimpse the subject at hand. But while director James Mangold tries to take his time with the drama, the whole movie feels locked into a standard blockbuster model that gives the narrative a lurching, lumbering lack of sensitivity. He isn’t afraid to linger in the realm of romance and drama (he dedicates plenty of time to scenes that don’t rely on adamantium claws and digital effects) and this approach lends The Wolverine slight touches of originality in terms of mediocre superhero flicks, a minor accomplishment that would be more impressive if the drama actually had any punch.

There are some shreds of chemistry between Jackman and co-star Tao Okamoto, who plays potential new lover Mariko, Yashida’s daughter and the target of some nasty Yakuza members. This helps early on when the movie shows the couple settling into a hidden life that sees Logan briefly immersed in Japanese culture. There are even a few scenes where Mangold chooses to expel subtitles during Japanese speech, a smartly simple way to align our experience with Logan’s. These positive steps forward are proof that Mangold is putting in some effort, but it’s not enough to save the complete package from delving into predictable, pedestrian territory.

Other supporting cast members struggle to make an impression, but their shortcomings can mainly be blamed on the script by Mark Bomback and Scott Frank. Too many characters end up doing too many similar things, with a bunch of underwritten roles all being melted down to mere obstacles for Logan to pummel. Svetlana Khodchenkova’s femme fatale Viper stands out more than most, but only to emerge as perhaps the script’s biggest offence as a mutant who spits out exposition almost as ridiculously as she spews sparkly green pixels that are meant to represent venom. 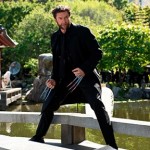 With so many people to beat up, Wolverine has his claws full. Mangold’s action sequences are all over the place here, ranging from completely underwhelming to surprisingly fun, sometimes in the span of just a few minutes. One crowd sequence that turns into a major attack is achingly drab, but then it soon sends us hurtling across the roof of a bullet train where Logan must dig his claws in to the metal to stay safely anchored. This latter portion is temporarily refreshing and a fine hint at the kind of entertainment Mangold is capable of and yet too rarely provides.

The Wolverine is easily watchable enough to let the hero rise above his last two junk outings, but that speaks more to the depth of the pit he was in before than to the measly heights he reaches here. Jackman is still game and Mangold has a few decent ideas and then the positives dry up pretty quickly from there. If Wolverine has any cinematic energy left in his frame, then he’s releasing it in dully diminished doses. By the time his latest adventure turns into a clash of metal titans, the franchise is back to baffling in how far off the mark it still is. I sort of feel sorry for the character. Even when he shows improvement, his movie still winds up a limp mess. As one character states while surveying the cacophonous silliness that marks the finale, “This is madness.” Yup. I agree. 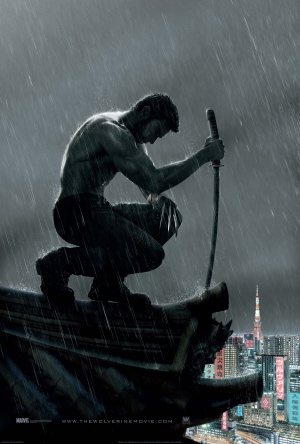