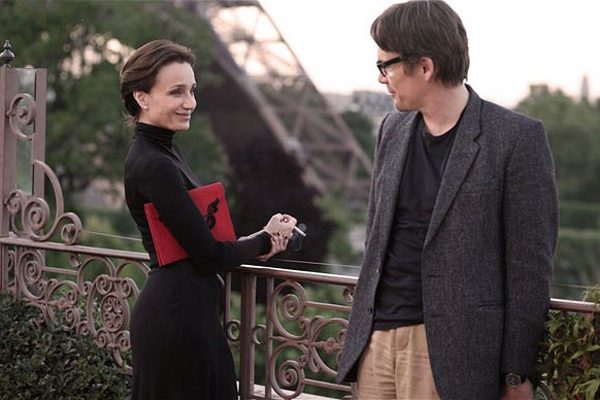 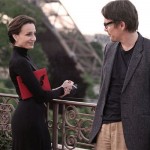 A meeting on a bridge.

Tom Ricks (Ethan Hawke) tells the immigration officer at the airport that he has come to Paris to live, write a novel, and take care of his daughter Chloe while his ex-wife works during the day. He probably believes these words as he says them out loud; however, the audience quickly learns Tom is not welcomed by his ex-wife and six year old Chloe thought daddy was in prison. We never learn exactly where Tom came from, but it is most likely somewhere unpleasant. And then through a combination of errors, Tom manages to have his luggage stolen, get the police are after him for violating a restraining order, and winds up at a seedy café/hotel conveniently located at the last stop on the bus line, never a good neighborhood. Tom Ricks has hit bottom.

The title The Woman in the Fifth refers to Margit Kadara (Kristin Scott Thomas). While failing spectacularly at small talk at an upscale function for writers and their elite admirers, Tom has a tunnel vision moment where Margit is the only person in the room he sees, even though there are 50 some people around him. They strike up a conversation where she learns he is a novelist and has had one book published which was moderately successful. Tom learns Margit has lived everywhere, speaks six or seven languages fluently and was a muse and translator for her late Hungarian husband. She’s the perfect inspiration for Tom too.

Tom falls into a job which could only be invented by a novelist. The Woman in the Fifth, adapted from the eponymous 2007 novel by Douglas Kennedy, sits Tom at a job where he is confined to a bare room for six hours every night to watch a video screen. When men appear at the door, they will say a prepared phrase, and if they say the correct one, Tom is to press the buzzer to open a door down the hall. He does not know who these men are, why they are coming to the door, or who they are meeting behind that door. What Tom discovers is that behind that door comes some yelling, occasional screaming, and the power fluctuates sometimes during that screaming. This is the perfect job for a novelist who can write uninterrupted for six hours a night and the perfect mysterious predicament for a novelist to place his protagonist in. 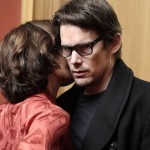 Not a look of excitement.

Two other characters straight out of a novel populate Tom’s hotel. There is the bar maid (Joanna Kulig) who takes an interest in Tom and there is his next door neighbor, Omar, who never flushes their shared toilet and takes an extra special dislike to Tom when he finds out he is American. As Tom sleepily shuffles around Paris to visit Margit, keep tabs on his ex-wife and daughter, and spend his six hours a night behind a locked door with a buzzer, it is refreshing to see him fall back to the hotel and develop a sweet rapport with the bar maid.

The movie is mysterious, languid and seems to be setting the audience up for something. What that “something” is I will not say and you will hopefully not learn before you see the film. Paris seems empty and lonely and after awhile I just wanted Tom to take a nap because as time progresses, he looks dead tired and unaware of his surroundings. Pawel Pawlikowski (“My Summer of Love”), the director and screenplay adaptor, allows time to flow by and rarely defines it. The audience loses track of how many days Tom has been in Paris or if it becomes tomorrow or the day after.

Ethan Hawke does a very good job of keeping the audience on edge about Tom. He is frequently quiet and contemplative as he melts into a café booth, but every now and then there are loud outbursts when a bit of news or a situation displeases him. I have seen variations of Kristin Scott Thomas as Margit before. She is confident, knows how to relax her company, and easily handles Tom when he is falling apart; she knows exactly how to put him back together. Joanna Kulig as the bar maid is a wonderful new presence on screen. She is obviously native Polish like the director, but must converse in two other languages (English and French) along with the rest of the cast. The script shows a narrative strength as I did not realize very often as it seamlessly slipped from French to English and back again.

After the screening, I overheard a lot of people asking their friends to explain what happened and either agreeing with them in “aha” moments or shaking their heads in disbelief upon explanation. And because The Woman in the Fifth has that polarizing effect I wholeheartedly recommend it. Those that are familiar with films such as this will appreciate a shadowy script with a fascinating, unreliable narrator. For those unfamiliar with being blindsided and bewildered, go and enjoy the intriguing international cast and get your questions ready at the end. 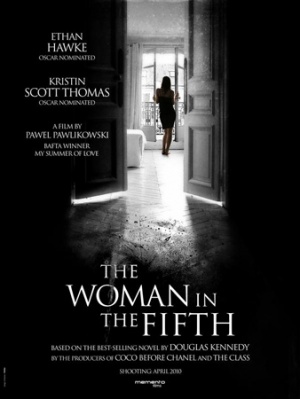