Today Universal Pictures has released yet another trailer for the upcoming samurai flick 47 Ronin this time forgoing story to ramp up the film’s mysticism and trot out a bevy of enemy monsters worthy of a good sword fight. Taking more of the center stage this time around is Mizuki (Rinko Kikuchi) as the dragon-shifting servant to Lord Kira (Tadanobu Asano) the warlord responsible for the death of the master to Kai (Keanu Reeves). The visual effects look very strong and the story of the masterless Ronin out for revenge against a powerful foe is certainly interesting (even though it has been done many times in various productions before). The wildcard is whether Reeves can emote more than a wooden stick, for which he has been criticized in the past for not being able to do. Sadly for English speaking audiences the trailer is in Russian but that shouldn’t stop one from figuring out what is being said and enjoying it. Check it out now. 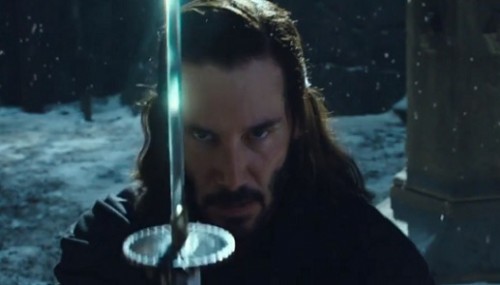 Official Synopsis:
After a treacherous warlord kills their master and banishes their kind, 47 leaderless samurai vow to seek vengeance and restore honor to their people. Driven from their homes and dispersed across the land, this band of Ronin must seek the help of Kai (Keanu Reeves) — a half-breed they once rejected — as they fight their way across a savage world of mythic beasts, shape-shifting witchcraft and wondrous terrors.

As this exiled, enslaved outcast becomes their most deadly weapon, he will transform into the hero who inspires this band of outnumbered rebels to seize eternity. 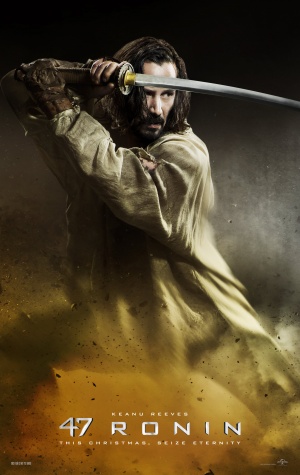