Every hockey team has an enforcer or two — a couple of guys who don’t have the best stick handling or skating skills but can kick the ass of those who do. In Goon that’s Doug Glatt. As a member of the lowly Halifax Highlanders, his responsibility is to wreak havoc on opposing teams while protecting the star center. All goes well until NHL grunt Reardon is sent down to the minors and sets his sight on Glatt . . .

The trailer looks to borrow some themes from “Slap Shot” and “Happy Gilmore,” which if combined right isn’t a bad thing. Check it out! 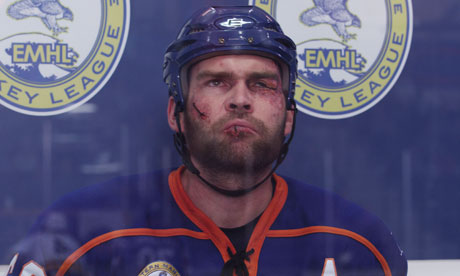 Official Synopsis: Labelled an outcast by his brainy family, a bouncer overcomes long odds to lead a team of under performing misfits to semi-pro hockey glory, beating the crap out of everything that stands in his way. 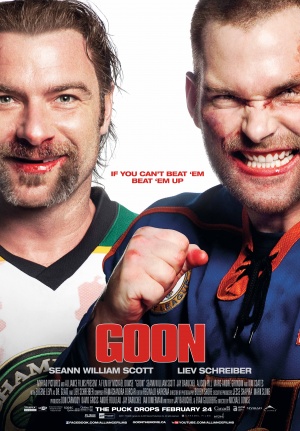