In the 30 years that have passed since “Mad Max Beyond Thunderdome” you’d think that civilization would have made a more pronounced comeback to the desolate, unforgiving world dreamed up by George Miller. Thanks to Warner Brothers’ trailer for Mad Max: Fury Road we see conditions have actually gotten worse. Oil is still scarce and roving bands of scavengers/marauders dot the countryside still exacting tortuous justice as they see fit. Facing the brunt of it, at least early on, is Tom Hardy who replaces Mel Gibson as the titular anti-hero with the help of a crew-cut Charlize Theron who proves even in the worst of conditions she cannot not look good. Check out the action in the embedded trailer.

Official Synopsis:
Mad Max: Fury Road is the fourth film of George Miller’s Road Warrior/Mad Max franchise and is co-written and directed by Miller. The post-apocalyptic action film is set in the furthest reaches of our planet, in a stark desert landscape where humanity is broken, and most everyone is crazed fighting for the necessities of life.

Within this world of fire and blood exist two rebels on the run who just might be able to restore order. There’s Max (Tom Hardy), a man of action and a man of few words, who seeks peace of mind following the loss of his wife and child in the aftermath of the chaos and Furiosa (Charlize Theron), a woman of action and a woman who believes her path to survival may be achieved if she can make it across the desert back to her childhood homeland. 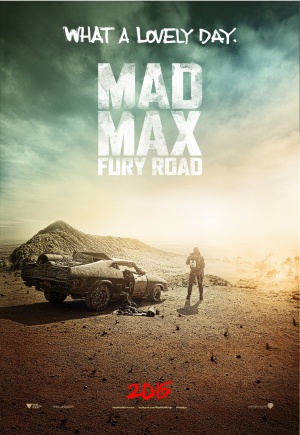