You aren’t going to get the full effect here, but a new trailer for Transformers: Dark of the Moon is now showing in 3D. To really enjoy it, you’ll have to see it during a viewing of “Pirates of the Caribbean: On Stranger Tides” (which you should be going out to watch any way.) This trailer is basically a rehash of the trailer we posted several weeks ago, but this ones got a few more shots of aerial combat and has a sweet conclusion highlighting Optimus Prime bringing the fight to the worm-octopussy robot known as the Dweller.

You can see the previous trailer here: Transformers: Dark of the Moon Trailer #1. 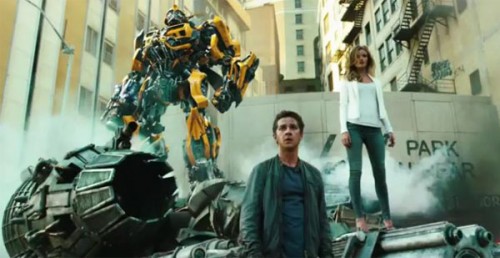