Today, with a fresh trailer, Paramount Pictures has released another taste of what is to come in Anchorman: The Legend Continues. In it, Ron Burgundy and his team of the chauvinistic and racially insensitive (Will Ferrell, Steve Carell, Paul Rudd and David Koechner) return, but this time they’ve left the local news circuit and are shaking up the world of the national 24-hour news channels. There are a few laughs to be had, mostly at the expense of Burgundy’s stupidity, and it appears a new nemesis has been identified as the impeccably coiffed Jack Lime (James Marsden) (we’ve yet to see how Harrison Ford is to be used). Watch the incorrectness for yourself in the embedded trailer.

You can check out the first teaser trailers here: Anchorman: The Legend Continues Teaser Trailers. 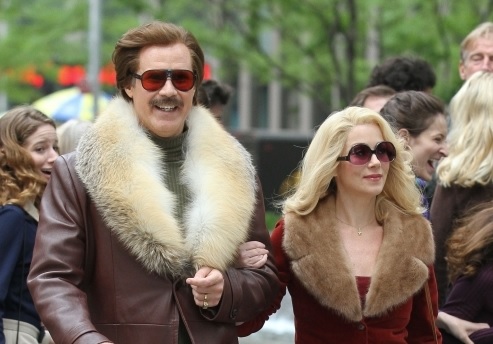 Official Synopsis:
With the 70’s behind him, San Diego’s top rated newsman, Ron Burgundy (Will Ferrell), returns to the news desk in Anchorman 2: The Legend Continues. Also back for more are Ron’s co-anchor and wife, Veronica Corningstone (Christina Applegate), weather man Brick Tamland (Steve Carell), man on the street Brian Fantana (Paul Rudd) and sports guy Champ Kind (David Koechner) — All of whom won’t make it easy to stay classy… while taking the nation’s first 24-hour news channel by storm.

Anchorman: The Legend Continues sexually harasses US and UK theaters on December 18, 2013. 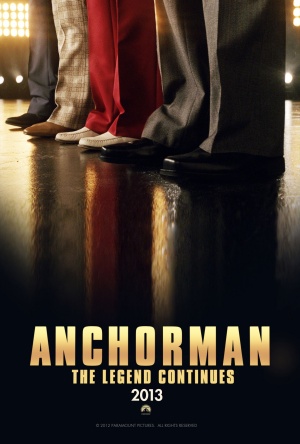