The wild west was no place for the weak. That notion is front and center in Seth MacFarlane’s comedy, A Million Ways to Die in the West. Along with writing, directing and producing it, he stars as a slight farmer who finds his world turned upside down when he meets a beautiful woman (Charlize Theron) and must face-off with the meanest outlaw (Liam Neeson) in the land. Unlike “Ted,” which was more of a conventional story, however, it appears the movie is going to have a lot of “Family Guy”-like tangential jokes that point out how easy it is to die horribly in the west. A wild bull, an ice block and an exploding camera flash bulb are just a few highlighted in the trailer. Those and the accompanying filthy dialogue that’s even funnier because it comes from some unexpected sources are good for a wincing laugh. Watch above. 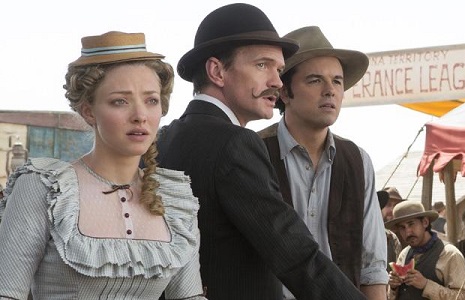 Official Synopsis:
After a cowardly sheep farmer (Seth MacFarlane) backs out of a gunfight, his fickle girlfriend (Amanda Seyfried) leaves him for another man. When a mysterious and beautiful woman (Charlize Theron) rides into town, she helps him find his courage and they begin to fall in love. But when her husband (Liam Neeson), a notorious outlaw, arrives seeking revenge, the farmer must put his newfound courage to the test. 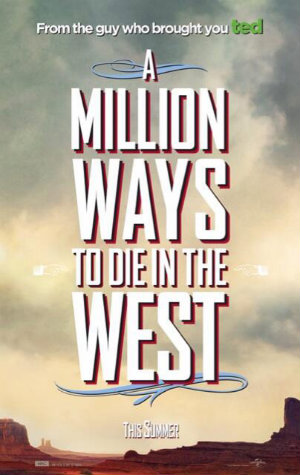