As spectators flock to see Billie Jean King defeat Bobby Riggs in straight sets in “Battle of the Sexes,” there is another tennis match currently playing on the silver screen. This battle of sexuality that airs before the full-length feature Beach Rats is a surprising cartoon short, in which a defending champion is struggling to stay in a match against an up and coming young star. The champ loses his serve and his temper when the new star inadvertently triggers an unexpected courtside competition, i.e., suggestively eating a banana, flipping his long hair, and exposing his muscled chest. Neither speaks during the encounter, leaving only the commentator to remark on the actions of these two men. It takes less than five minutes to showcase the textbook toxicity of performed masculinity, and then the powerful benefits of sportsmanlike conduct in that same arena.

The beautiful film that follows (written and directed by Eliza Hittman, “It Felt Like Love”) is more subtle and heartbreaking in its reflection of and commentary on these gendered norms of behavior.

Set in seemingly present day, there exists a timeless and nostalgic quality to the storytelling. Our crew of beach rats wastes their summer days playing handball and getting high, luxuriating in that short-lived period when school is out and jobs are put off. They pass stale joints and cruise the boardwalk at night. The four friends — nearly indistinguishable from one another with their sun-kissed shoulders and shaved heads, gold chains and wife-beaters — share a relaxed camaraderie that can rise, as quickly as the tide, to competition. They enjoy the youthful pursuits of a bygone era: Pickpocketing tourists, riding bumper cars, challenging each other in games of strength, watching the same exact firework show every Friday night. Our protagonist meets a girl at one such show, just as his parents had met during their youth. Desperate to fit in with his boys, he pursues her, or rather lets her pursue him. They say “sparks flew” the night they met, but that’s not quite true.

64-bit introductory animation aside, Beach Rats hauntingly explores what it means to come of age (and out) amid the technological advancements of webcams and thirst traps. The age of the Internet and smartphones has made it logistically easier than ever to connect with people. There are countless user-friendly applications designed help friendly users find and explore new relationships. But in many ways the ubiquitousness of dating and hook-up apps has made it more difficult to navigate the emotional terrain of these encounters, especially when young men, taught to suppress their emotions and educated by pornography, must grapple with their sexual confusion amid online accessibility and societal expectations.

While disentangled from the rest of rat pack, at the simple click of a mouse, our protagonist can peek in on the private sexual proclivities of Brooklynite men in his neighborhood. Swiping left through live video cam footage, cap pulled down low to cover his poorly lit face, he takes control of his desires, trying to figure out just what he likes. New to this scene, the camera shakily follows him on these timid sexual encounters. His broad shoulders fill the frame as he is led by a series of older men to secluded beaches. After his initial foray, he strips down physically and, for the first time, emotionally, before plunging headfirst into the surf — a baptism bathing him in moonlight rather than the flash of an iPhone camera. Newcomer Harris Dickinson (playing the main character) is a revelation. He has the imposing build and physical presence of a man. Yet, his expressive eyes and soft features, captured often in close up, convey the self-consciousness and uncertainty of a boy carefully navigating two disparate worlds. Beach Rats also straddles these worlds: One defined by blinding sunlight; the other shrouded in literal and figurative darkness.

This darkness is epitomized by a “ME” folder — one of only two files — on his computer desktop. “ME” contains shirtless mirror selfies completely devoid of self-awareness. The camera phone flash — intensified by the reflection — illuminates the musculature of his chest and biceps, but obscures his face and the person within. These are the inhibited self portraits of someone who does not know himself. He is a boy on the brink of manhood, who is trying to be the man he thinks others want. Women fall prey to these men all the time. Men who take pains to devalue them while exerting their own dominance. But these men also devalue themselves and hurt one other through their conformity to outdated ideals. When you have to be different things to different people, you lose sight of who you truly are.

It is not a coincidence that the main character is rarely, if ever, referred to by name. He remains a mystery to himself as much as the audience. Hiding from himself as much as any interested man online. He is never without his saintly medallion necklace. The face of which is never quite made clear. I imagine him identifying with St. Anthony, the patron of lost items, lost people, lost souls. I imagine him seeking connection, maybe absolution, grieving for all that is lost, and hoping to be found. 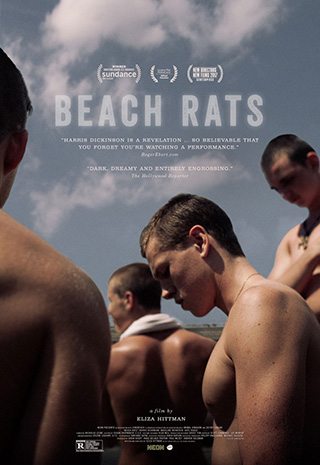