It’s a crime how rarely cinema objectively explores religion. While there remains plenty of lighthearted, faith-based fare tailored to specific churchgoing demographics, very rarely are audiences exposed to the challenging theological perspectives that lie buried underneath Lifetime-flavored fluff and grim, pessimistic horror clichés. Thankfully, in lieu of a fictionalized analysis, we have Deliver Us (Libera Nos), a fascinating real-life exploration of blind faith.

Director Federica Di Giacomo brings us this documentary straight from Italy, chronicling the day-to-day doings of Father Cataldo, a locally-revered exorcist who is seemingly always surrounded by either his parishioners or travelers from afar wishing to receive his blessings. Although the movie is filmed in the province of Palermo (which lies on the opposite side of the country to Vatican City), the long reach of the religious foundation is evident in the sheer number of people who show up for Father Cataldo’s group exorcisms and preachings.

Never once though, does Deliver Us try to convince the viewer it is something other than an informal spectator. It’s not particularly religious per se, nor is it scary. It begins and ends as a straightforward, fly-on-the-wall perspective towards the events unfolding onscreen. While certainly atmospheric at times, the film is mostly an intimate look at the parishioners and their assorted maladies. For most, religious consultation is all they need, regardless of how nonsensical or serious their ailment is. Outside of the three primary churchgoers the film gives center stage to, it is not always disclosed if the parishioners have optioned legitimate medical help for their issues, and the movie can sometimes be hard to watch if your empathy for their afflictions carries more weight than your ideological standards.

Di Giacomo never demonizes Cataldo’s or any other priest’s actions (if anything, it paints them as heroes) either, but their immensely powerful influence is on full display. The answer is always the same: Pray more, trust in your faith, etc. All the while, comparisons to animals are audibly made by religious officials during exorcisms, and there almost feels like a hair of condescension to it, especially as those affected hiss, curse and flail about.

The greatest strength of the film, however, is in how accessible it is despite its language barrier (Italian). Whatever side of the spiritual coin you fall on, you’re sure to take something away from the movie. Whether you’re bemused by the Father’s unorthodox practices (which include performing an exorcism over the phone and devoting a lengthy prayer to his car) or perturbed by the dogmatic nature of the Palermo’s religious culture, there is a different kind of offering for everybody to receive a separate experience from.

Deliver Us is one of the more captivating looks at devout faith that cinema has offered in years. Punctuated by the reality of the parishioners’ plights, the film avoids leering into horror-like traps or religious zealotry to keep the audience engaged. It’s character-driven and remains restrained, fixating on the human element rather than the exorcisms themselves. And yet, the film ends on a final note that, regardless of how you felt before, could cause you to question everything that came before (that is, if you weren’t skeptical already). Despite that, the film delves deeper into the subject than any fictionalized account likely would, which makes it worth a watch in my book. 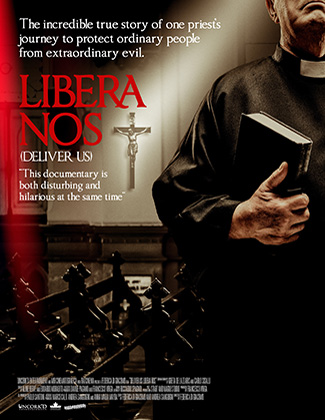