Hot off its debut at the South by Southwest Film Festival comes Wildling, a horror-drama that focuses on a young girl named Anna (Bel Powley, “The Diary of a Teenage Girl”). Locked away in an isolated cabin since infancy, Anna only receives glimpses into the outside world through stories told by her Daddy (Brad Dourif, “Halloween”), which include warnings of a creature known as a “wildling.” After a violent interaction, Anna, now a teenager, finds herself outside of her norm in the care of a cop (Liv Tyler, “The Incredible Hulk”) and begins to experience strange, monstrous, and unavoidable changes that could not only pose a dangerous threat to her newfound caregivers, but to herself as well.

Although it sounds trivial, with Wildling, first-time director Fritz Böhm makes a splash on the coming-of-age and supernatural genre circles. From the deftly-shot cinematography in terrifying woods to the obvious, yet undeniably perfect, casting of horror favorite Brad Dourif, who portrays Daddy with delicious creepiness and an unexpected layer of sympathy borne from his own fear of his daughter’s emerging womanhood.

But the real star here is Bel Powley, who cements her acting versatility playing a radically different character than she did in her breakout role three years ago. As Anna begins to experience the social, party going nature of teenage life, Powley skillfully sells the idea of being an alien to that world. As the script grows more grotesque, Powley commits fully to her monstrous form, embracing both the terror and invigoration that come packaged with maturity. Her journey is compounded with unprecedented fears and desires as well as empowerment and self-realized independence.

With all that shines in Wildling, it does, nonetheless, have a familiar feel to it. Creature features paralleled against teenage puberty is far from a new concept, but it’s become especially prevalent in recent years with international horror submissions such as “Raw” and “Thelma.” The initial set-up itself feels like it was pulled straight out of “Room.” In addition, side characters such as Tyler and Anna’s love interest Ray (Collin Kelly-Sordelet, “Radium Girls”) don’t seem to do much more than cater to Anna’s narrative. It admittedly allows for better pacing, but the capability of the actors feels squandered in favor of thinner characterization.

That being said, the final act more-or-less abandons most of the familiar subtext the film sets up and charges forth as gory, full-fledged horror, capitalizing on a killer sound design and showcasing the shadowy, aforementioned woods in all their claustrophobic glory. Depending on your satisfaction with what came before, the lack of depth may annoy or entertain, but fans of werewolf scares will certainly get a well-cooked fix.

If you’re well-versed in contemporary horror, Wildling may come off as derivative, but those who aren’t have much to look forward to. It may borrow heavily from genre favorites, but Böhm’s cinematic eye definitely shows promise for the future. Horror technique is tricky on a technical level, but richer characters and atmosphere can work magic for even the most familiar of tropes, and in that respect, Wildling works more than it doesn’t. Time will tell if it can reach cult status, but for both seasoned and easy-to-please filmgoers, there’s bound to be something of value to take away from it. 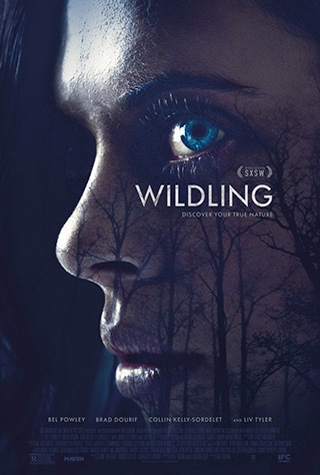