The nervous hell of a new job interview is satirized, then sentimentalized, then psychologized in writer/director Anthony Garland’s tonally scattered short Ophelia. The titular character (played with fair restraint by Ali Mueller, “Category 5”) arrives on time in fancy business attire and has only a moment to size up her competition before being called in to face a panel of three interviewers named only in the credits after Snow White’s dwarf friends.

It sounds like fun when described like that and it is fun for a brief period where it seems Garland is creating a Gilliam-esque world of corporate depravity. The interview unfolds in a disgustingly dirty space, a mostly empty room too large for just four people to be sitting in the center of it and completely unfurnished beyond the table that the interviewing trio hunch over imposingly. The actors playing the interviewers (Mary Pat Gleason, Larry Cedar, and Alan Blumenfeld) make an oddball group as they marinate in some strange genre soup that makes them comical, frightening, and pathetic all at once.

Garland certainly wants us to ponder what’s really going on and why three well-dressed people (two other candidates are prepping themselves in a waiting room) would be applying for a job at this hellhole of a company, but the reveal of the answer doesn’t match the intriguingly eerie extremes of the question. The filmmaker suddenly veers into treacly emotional territory and the turn is so abrupt that the effect becomes a “gotcha!” shock when it apparently wants to be a more poignant and personal deepening of Ophelia’s experience.

It’s a noble attempt that wants to put us inside Ophelia’s head, but the compact running time (a mere seven minutes until the end credits roll) and Garland’s handling of the five or so minutes prior to the twist mute the movie’s dramatic effect. The filmmaker wants to lead us down one path only to surprise us by suddenly sending us down another, but while that tactic can work in certain situations, it’s a considerably trickier thing to pull off when the surprise is aiming for the heart and not the head.

While Garland manages to get decent work out of his cast, which should help sell the emotion, he’s simply too quick to switch on the sentimentality, cheapening the presentation and reducing Ophelia’s arc to a forced tug at the heartstrings instead of elevating it to a more impactful height. Ophelia looks good and the sound design is especially memorable, so it’s technically impressive at times, but creatively, it feels disingenuous and somewhat silly going from promising to problematic in just seven minutes. 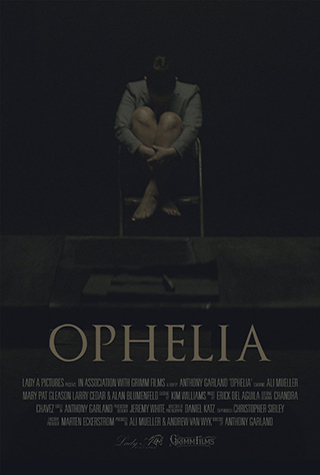