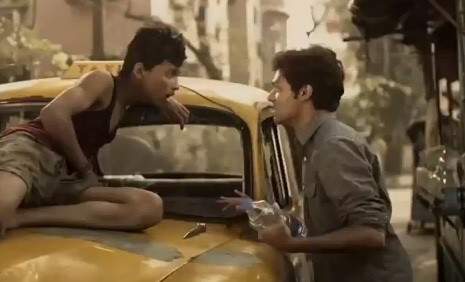 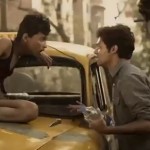 Lives briefly intersect when a backpack is whisked off in a cab without its owner in Calcutta Taxi, a fast-paced picture about chance and the importance of perspective. Highly energized at every turn, the story begins with Canadian art student Adi Chaterji (Sunnie D’Souza) about to hunt down his missing backpack in the midst of a bustling political protest. Just as we’re settling into the mayhem, the narrative rewinds, taking us back in time so we can catch up on how we all got here. It’s a familiar narrative teasing device that often feels overplayed, but here, such narrative jumbling proves to be the essential glue with which writer/director Vikram Dasgupta holds everything together.

We see Adi acquire his government-issued ID and watch as he interacts with a friend in his art class, then begin to catch up with the events that lead to the thieving of his backpack. These initial moments may sound mundane, but Dasgupta injects an extremely energized sense of humor so that everything feels suddenly defined by an infectious immediacy. It’s all very charming and really quite funny, which ties into Dasgupta’s desire to constantly keep us on our toes.

When we witness Adi’s backpack be taken, our protagonist rushes over to another cab driver, this one a napping fellow with his legs hanging out through the driver’s side window, and explains that they need to follow the cab-driving backpack thief. And suddenly, we’re whipped back through time again, now to learn of this new cab driver’s backstory that got him to this particular point.

It all comes into focus just as it grows blurrier. With Calcutta Taxi, Dasgupta is weaving a tale of intersection, of lives entangled by coincidence, but we can’t possibly know where it’s all headed until we return to our initial destination. And even then, there’s another story that awaits, one of arranged marriage and fears of inadequacy, all played with on tender terms. It’s a jumble for sure, but one that comes together richly and rewardingly. The pieces make for an intriguing, exciting puzzle that becomes increasingly less about the fate of the backpack and more about the playful mysteries of human interaction and the serendipitous beauty with which our lives overlap. 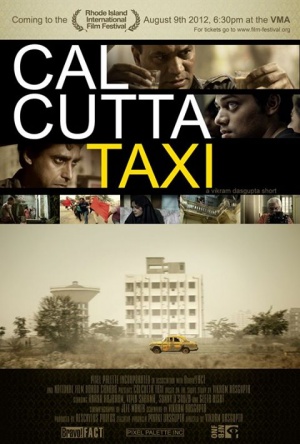