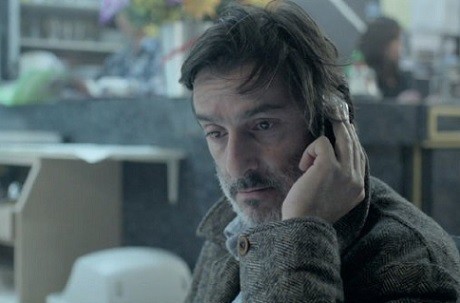 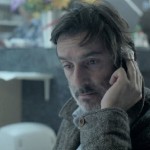 Paul (Yvan Attal) is a portrait of dishevelment in the opening scene of Phillipe André’s interesting short, Delicate Gravity. Sitting in a Vietnamese restaurant, the pages of the book he’s translating splayed across the table, his hair unkempt, Paul tells us a lot before he even says a word. We’re introduced to the guy during an unbroken, stationary shot that isolates us with him, forcing us to inhabit the same space as he does. It’s a smart, effective way to encourage our curiosity and allow Attal room to establish his character in a subtle manner.

The early moments in the restaurant have Paul leaving multiple voicemails for his ex-wife and daughter, the content of his messages suggesting that he’s a bit of disappointment to both. This whole scene reveals plenty of Paul’s attitude and overall weariness with life, while it additionally lends the movie a caustic hint of humor. Paul’s messages sound more like conversations with no one on the other end and this seems to sum up his lonely, socially stunted situation.

But Paul’s evening heads in an unexpected direction when the tables are turned and he becomes the recipient of a rambling, distressing voicemail message. The problem is that the voice belongs to an unknown woman, who has now delivered her melancholic cry for help to the wrong number. Worried for the mystery woman’s safety and certainly able to relate to her use of a phone as an emotional sounding board, Paul makes it his mission to get in touch with her.

It’s a great, unique hook that is well developed by André. The themes are smartly set up and the point of conflict is equally unusual and believable. The first half of Delicate Gravity is so good that it’s a shame the movie has to dip into treacly territory once Paul actually meets mystery woman Claire (Anne Parillaud). The dark tones of humor are traded in for a hurried bit of romance that feels a little too convenient and dialogue that suddenly feels forced, especially when Paul clumsily wedges the movie’s title into a conversation.

The idea proves more intriguing and promising than the actual execution, but the first half is so rich and the second half still likable enough that André’s movie succeeds admirably overall. Paul is a delightful character and it’s hard not to enjoy his little adventure, while Parillaud turns Claire into a potently sympathetic character with very limited screen time. They make a nice match, so even when Delicate Gravity feels a tad too precious, its actors keep the drama grounded. 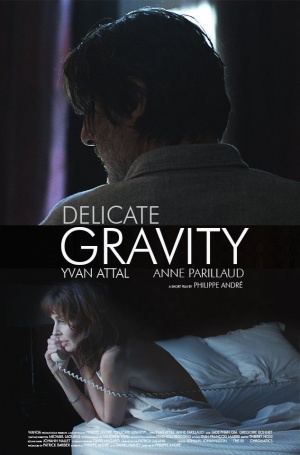