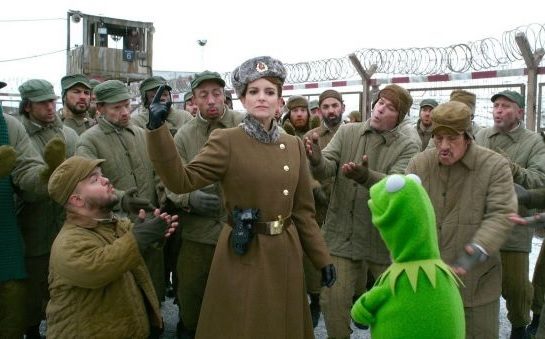 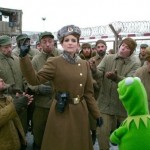 It’s not easy being mean, err, I mean green. Actually, I can’t imagine either of them being particularly easy, even though both Constantine and Kermit the Frog carry both of them off as they were. Since 1955 (and more recently in 2011’s “The Muppets”) audiences have seen Kermit doing his ‘green’ thing; in Muppets Most Wanted, the latest adventure starring Jim Henson’s creations, audiences get to see Constantine do his ‘mean and green’ thing.

Audiences get to see the rest of the crazy cast of characters too, now that the Muppets are officially back together. Kermit, Animal, Miss Piggy, Fozzie Bear, Gonzo the Great, The Swedish Chef and all the others that I couldn’t possibly name are riding a high after their successful telethon (refer to the 2011 flick) and to capitalize on their rebooted fame an opportunistic manager named Dominic Badguy (Ricky Gervais, “Ghost Town”) convinces them they need to do a whirlwind tour of Europe. What the chaotic crew doesn’t realize is Badguy (pronounced bad-jee) is really the henchman of the “World’s Number One Criminal,” Constantine.

The plot is for Constantine — who looks exactly like Kermit save for a mole and an oily accent — to switch places with Kermit and rob museums of priceless artifacts (the ultimate goal being the Crown Jewels) as the tour hops from Berlin to Madrid to London.

Getting the short end of the stick in this nefarious plan, poor Kermie soon finds himself locked away at Siberian Gulag 38B headed by a show tune loving warden played by Tina Fey (“Baby Mama”). Lucky for him she adores him; unluckily he is tasked with training the inmates (which include Ray Liotta, Danny Trejo and Jemaine Clement) for a prison talent show. Her musical interlude welcoming him to the big house sung with a cheeky Russian accent is one of the better numbers of this family-friendly movie. The other singing numbers spaced evenly throughout Muppets Most Wanted — They’ve Ordered a Sequel, I’m Number One and The Interrogation Song — have their highs but are generally nothing special to listen to. 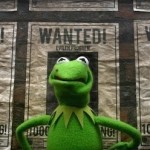 What makes the Muppets so much fun and has given them such staying power is their willingness — nay, their delight — to make fun of themselves and shoot holes through the inanity of our norms. Here they continue their trend of making complete fools of themselves, and even manage to get some celebrities to join in the mania. Christoph Waltz tries his best to waltz with Sweetums while Salma Hayek runs with the bulls in an ill-fated sketch that would have never been had Kermit been around to stop it. Plenty of other celebrity cameos from the likes of Lady Gaga, Chloë Grace Moretz, Sean Combs (trying desperately to remain relevant), Usher, Tom Hiddleston, among others abound but offer no real impact other than to have the viewer say, “Oh look there is Lady Gaga. Do you think she was born a woman?”

Unfortunately, what they’ll also notice is even though two-thirds of the brain trust responsible for the Muppets 2011 resurrection are in place for this sequel (Nicholas Stoller and James Bobin), it is absent of much of the charm and unexpected laughs of its predecessor. Too much time is spent beating to death the notion Europeans take to many breaks during the work day and too little time is spent on the dysfunctional familial relationship the Muppets enjoy. This led this astute viewer to ask yet another question, “Could it really be that the brain of Jason Segel was the one mind that was absolutely needed to make Muppets Most Wanted something more than average?” Now that’s a thought I never thought I’d ever think. 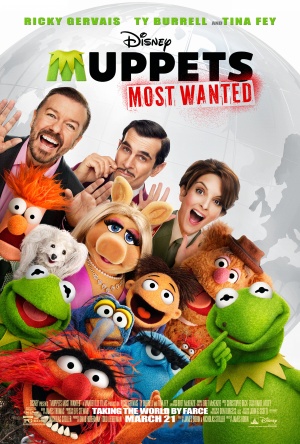