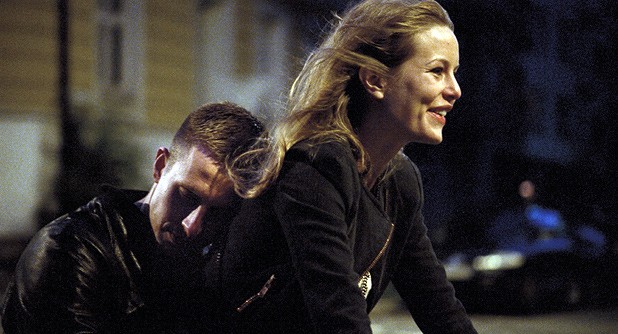 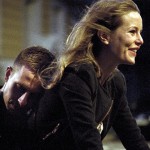 Anders (Anders Danielsen Lie) is a thirty-four-year-old recovering drug addict. Soon to complete his rehabilitation in the countryside, he’s allowed to go into the city for a job interview. Using the opportunity to explore Oslo, he’s confronted by the ghosts of his troubled past.

Directed by Joachim Trier (whose 2006 debut, “Reprise,” made a splash in European markets and amongst critics), Oslo, August 31st opens with a series of individuals sharing their memories of the Norwegian capital city. They recall pleasant experiences with friends and family — a huge leap from the loneliness that follows. We don’t see them onscreen, but hear their stories through voice-overs. They’re disembodied fixtures in Anders’ journey to adapt back into everyday life. Loosely based on Pierre Drieu La Rochelle’s novel “Le feau follet,” the movie makes it a point that, despite his personal pains, August 31st is just another day for Oslo and its citizens.

Unlike the once-promising writer, the metropolitan’s full of young people with hopes and dreams — even if they’re as minuscule as throwing an awesome birthday party or going skinny-dipping; this makes it an enticing backdrop to Ander’s internal struggle. From eavesdropping in coffee shops to conversations with his best friend Thomas (Hans Olav Brenner), an ex-junkie and reformed family man, he’s reminded of his own aimlessness. He doesn’t want to be a loser — to “settle down with an ex-raver and work a warehouse job” — but, at the same time, can’t define personal success. 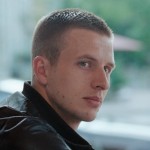 What makes Anders a believable character is he’s free from the conventions we’ve come to expect of burnouts in film. No, he doesn’t come from a broken home and his parents are actually described as the model couple. Still, he wishes they taught him how to make the right friends and were stricter with him. There comes a point where they’re referenced so frequently it becomes disappointing that there isn’t a showdown between the characters. In addition, he isn’t desperate, instead accepting of his problem and of the fact he’ll probably end up back on drugs.

Written by Trier alongside Eskil Vogt, the script demanded a lot from Lie, who deserves credit for keeping the audience engaged. The majority of the story is told through minimalist dialogue and the actor’s facial expressions. For the most part, he doesn’t have anyone to bounce lines off and has to relay the screenplay’s heavy themes by himself. His performance hearkens back to Michael Fassbender’s work in “Shame” — a movie also about addiction, but of the sexual variety. Both are incredibly talented and manage to make the most subtle changes seem explicit to the viewer. By the third act, Lie’s presence is sure to have you digging into your seat.

Oslo, August 31st relishes in its main character’s inability to change; there is no grand metamorphosis. For me, penning a review proved difficult because of the lack of the action and distinct focus on the protagonist. The events in the story are so understated they become part of the film’s melancholic charm. This is the director trying to relate to his hero. By sparing any flashiness, he connects with Anders’ role as a silent observer rather than participant. 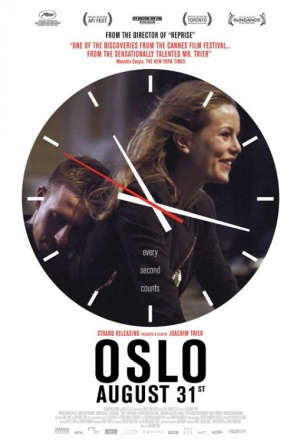