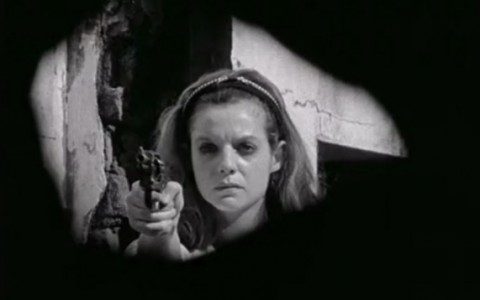 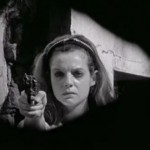 Longing loneliness and rich romanticism collide in Tabu, each more a feeling than an idea, each dominating a portion of Miguel Gomes’ emotionally oppositional drama. Split nearly down the middle, the movie opens with a prologue and then devotes half of the following picture to part one (titled “Paradise Lost”) and the other half to part two (bearing the even simpler title of just “Paradise”). These two halves occupy vastly different times and locations, taking us from modern-day Lisbon to colonial Africa (at the fictional foot of Mount Tabu, to be a little more precise). The tenuous fibers that link these dual timelines only become apparent well into the first half, a move that seems alienating at first, but eventually proves essential. And suddenly the fibers aren’t so tenuous.

This is the story of Aurora (Laura Soveral at first), a curmudgeonly woman approaching the end of her life with a sense of melancholic recklessness that she tries to absorb with a gambling addiction. Aurora is almost alone, a fact made more poignant by the strained, static relationships she has with her maid Santa (Isabel Cardoso) and her neighbor Pilar (Teresa Madruga). She’s in a strange, dark place, but we must initially come to our own conclusions about what ails her because this whole portion of the movie is actually dedicated to Pilar. Perhaps even lonelier than aging Aurora, Pilar is our entrance point to this intimidatingly icy world.

So we watch Aurora as Pilar does, from afar and with slight confusion. We can’t reach inside the older woman’s head, can’t sense her thoughts, which is likely how Aurora prefers it. We spend almost every moment of the Paradise Lost segment with Pilar, who seems to reside in a deep well of depression. Everything about Pilar’s life is drab and sad and monotonous. Even hints at humor are tinged with regret, such as when Aurora observes a new painting on the wall of Pilar’s apartment and Pilar remarks that she doesn’t like it, but the friend who painted it and gave it to her was expected to drop by for a visit, so she put it up on the wall in order to not disappoint him. Such a tender anecdote is worthy of a laugh and a tear.

Very little actually happens in terms of activity during the Paradise Lost segment. The experience of watching Tabu is all about feeling, so Gomes achieves in tone and mood what many others may have been tempted to achieve with plot. This first half is eerily chilly, the sense of loneliness so intense it nearly overwhelms. That feeling shifts drastically when we enter the next segment. As we reach the conclusion of part one, a man from Aurora’s past named Gian Luca Ventura (Henrique Espírito Santo at first) appears in order to guide us to Paradise. And so he tells us of the love affair that he had with Aurora fifty years prior on the foothills of Mount Tabu in a lushly black-and-white Africa.

It is here in this segment that the weight of Aurora’s role in the story finally becomes clear, yet once again we watch her from a perspective that is not her own, now a melancholic memory. Gomes’ approach to the first segment is strengthened by his approach to the second, because while both halves feel uniquely different, they’re both fascinated with the enigma that is Aurora.

Trading in the cold breeze of part one for a sensual warmth in part two, Gomes begins to really chip away at the mystery of the woman who we can only ever attempt to understand. Of course, we can only attempt to understand the others, as well, from Pilar to Gian Luca, but the experience of watching Pilar and listening to Gian Luca creates a sense of closeness that we never attain with Aurora. It’s an unexpected positioning of perspective and Gomes uses it carefully and tenderly to slowly reveal the aching intimacy that dominates this Paradise. These younger versions of Aurora (now a luminous Ana Moreira) and Gian Luca (now a dreamy Carlotto Cotta) love deeply and passionately and privately. 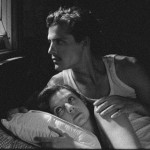 Even though the elderly Gian Luca has clearly invited us to listen to the story, it’s difficult to not feel like we’re witnessing something so personal it shouldn’t possibly be shared beyond the parties involved onscreen. And to add to this sensation of invasion, we never receive permission from Aurora herself. This marks an even eerier removal from her psyche. We’re not necessarily eavesdropping, since Gian Luca is telling the tale quite openly, but the insistently chosen perspective further solidifies our seeming status as voyeurs. We struggle to understand Aurora, always from a distance.

Preventing us from connecting to Aurora in an obvious and easy manner allows Gomes to grasp at personal experience more like a shadow than a reflection. The result is strangely haunting, permitting us to be privy to a deeply personal past buried for decades and only now unearthed. This sense of the past is an integral piece of the puzzle. In what amounts to Gomes’ most striking and intriguing directorial decision, the entire Paradise segment is presented without audible dialogue. It’s not really silent, since various sounds, from background ambiance to scene-specific noises such as gunshots, are heard throughout, but the only spoken words we hear during this portion of the picture are relegated to voice-over narration. The muting of the onscreen dialogue delineates the past from the present, further transforming these people of the past into ghost-like apparitions.

The two halves of Tabu operate almost independently, allowing each segment to succeed uniquely and precisely. These two landmark moments in a life are treated with their own thematically specific tone, mood, visual style, and aural approach. And yet in retrospect, the two segments feed off each other, both gaining something meaningful and memorable from the other. It all comes back to one woman. As Aurora leaves us, she is still shrouded in secrecy, a moving mystery as intangible as her emotions, a narratively fragmented woman whose personal experiences can only be viewed and shared by another. We can never know her from within, but that is the beauty of Gomes’ chronologically reversed picture. Knowing is secondary to feeling. We feel the romantic beauty of paradise and the lonely pain of its loss. We feel the breeze of Lisbon and the buzzing heat of Mount Tabu. But most of all, we feel love in its beginning, its end, and its cinematically timeless mystery. 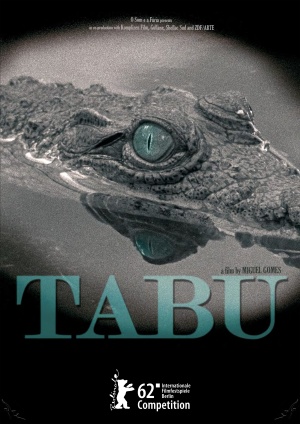