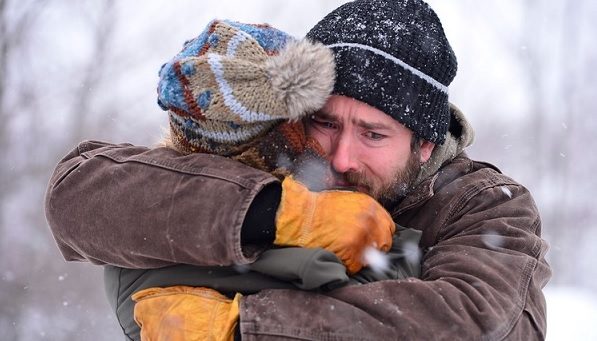 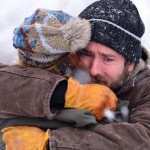 Whatever happened to Atom Egoyan? Or, more specifically, his artistic credibility? The Canadian filmmaking icon who once strung together a stunning run of acclaimed, focused works in the 90s, including “Exotica,” “The Sweet Hereafter,” and “Felicia’s Journey” has been slumming it of late. Swapping his trademark air of chilly mystery for easily digestible predictability and adopting a desire for audience hand-holding that his earlier self surely would have scoffed at, Egoyan has become, to put it bluntly, boring.

His latest work, The Captive, is a tale of child abduction and the ways in which this protracted event transforms the lives of several people, from the parents to the kidnapper to the detectives on the case. Set in a snow-covered Niagara Falls, Ontario, the pic follows rugged landscaper Matthew (Ryan Reynolds) as he sleepwalks through life years after the sudden disappearance of his young daughter Cassandra, who was nabbed from Matthew’s truck while he was grabbing pie for the briefest of moments at a local truck stop.

The actual disappearance scene is quite well done, a sign early on that Egoyan may actually be in good form. Matthew runs into the truck stop restaurant with Cassandra lying down in the truck and the camera waits alone in the snowy outdoors. We’re neither in the truck nor in the restaurant, so we’re left with only Mychael Danna’s wonderfully suggestive score to clue us in to what’s about to happen. We can see Matthew through the windows and doors of the restaurant, but our view is obscured, so we’re never quite sure what he’s up to. We can see the truck, too, but only one half of it and as the camera moves, we see less and less of the vehicle. For a moment, Egoyan has introduced ambiguity into the narrative.

How did the kidnapping occur? We watched the scene unfold in apparent real time, so the abduction had to be lightning quick. There’s no sound of a truck door opening or closing and Matthew is only gone for a moment. So what happened to Cass? And did something happen in the restaurant that Matthew isn’t telling us or, as an extension, the police? In the emotional well of this scene, there is a great opportunity for something special, for the onslaught of terrifying questions and fragmented truths to haunt the onscreen reality that a little girl has just vanished into thin air.

But that’s not what Egoyan is interested in exploring. That hint of the movie The Captive could be is a fleeting one soon buried under several snowdrifts of blatant explanation and doubt-draining omniscience. We’re privy to everything, to everyone, so we soon know who the kidnapper is, where Cass is, and how innocent Matthew is. Thanks to an initially intriguing structural decision that is quickly rendered bland, we know some of this information before we even witness the abduction.

As the timeline evens itself out, the movie eases into conventional thriller mode while taking on the experiences of so many characters that we can see the narrative from all angles. Instead of providing a moody view of the overall investigation, the story devolves into a series of discordant subplots that degrade the drama by pandering to the audience. Egoyan starts pushing the characters to make small, though disruptive actions simply included to ensure that we don’t miss the already obvious implications.

It’s almost insulting to watch a once respected filmmaker follow such a predictable path and yet still go to great lengths to make everything as transparent as possible. Egoyan has seemingly lost faith in his audience, distrusting us to piece the convenient clues together at even the basest level of cinematic comprehension.

To make matters worse, Egoyan has apparently lost his touch with actors as well. Not all of the performances are bad, mainly because a couple of them are quite unexpected. Reynolds is more emotionally honest than ever before and he gives Matthew a soulful intensity that, while not exactly deeply resonant, is at least convincing. Also, Kevin Durand ditches his usual imposing physicality and intimidatingly gruff voice for an icily statuesque presence and effeminately eerie lilt. Beyond these two, however, other supporting players Mireille Enos, Rosario Dawson, and Scott Speedman are all bordering on terrible, each performance a mess of highs and lows that are registered with clumsy histrionics. 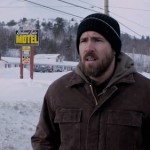 With so many characters circling the plot and so few of them adding any dramatic weight to the proceedings, the movie needs a steady hand from Egoyan. The director stages some suspenseful sequences with impressive control, trying to locate a spot of realism in the midst of a car chase or a stealthy police maneuver, but what works here is generally undermined by the overwrought use of multiple perspectives, robbing the movie of the mystery it so oddly seems eager to drag out.

At times, Egoyan hits an emotional note that manages to be sweetly moving, but even then, it feels like the movie is simply relying on the built-in dramatic framework of the situation. There’s nothing wrong with letting us bring our own fears and feelings to the onscreen experiences, of course. It’s just that the Egoyan who once made us watch a bus full of children plunge into ice-covered waters in “The Sweet Hereafter” should be able to wring more emotion from something as horrifying and nightmarish as the abduction of a daughter. The moments where The Captive strikes a chord are generally rife with clichés and later on the pic even flirts with sentimentality. Egoyan has Danna’s score to thank for keeping certain key scenes from collapsing entirely.

As a traditional, generic, a-to-b thriller, The Captive is fine, an occasionally effective, cleanly professional slice of serviceable melodrama. As art, though, it’s nearly worthless, which begs the question again: Whatever happened to the evocative elegance of Egoyan’s earlier efforts? The Captive is the work of an unambitious storyteller content to play it safe. Perhaps Egoyan likes hitting the lowered bar now, but he’s capable of so much more. That he aims so low so often here is telling, his latest picture a portrait of an artist who hasn’t so much lost his identity as abandoned it. 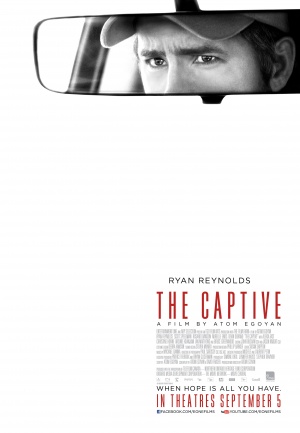