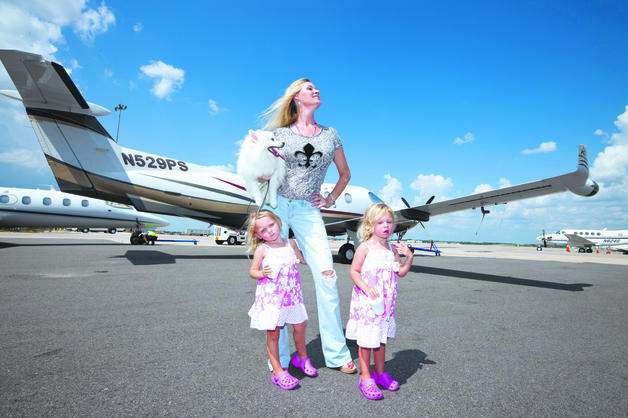 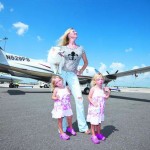 Schadenfreude — pleasure derived from the misfortunes of others. The entire audience at the screening of The Queen of Versailles experienced this feeling about the Siegel family; they are truly atrocious people. Two years ago, David and Jackie Siegel were billionaires. They had planes, Rolls Royces, multiple nannies for their seven kids, hosted parties for the Miss America pageant (where David flirted with the contestants), and sat on a golden throne in their Orlando house during interviews for this documentary. They also began construction on a mansion called Versailles, a project which would become the largest house in the entire United States.

It appears the filmmakers wanted to document the rise of this monstrosity of a house and display the lifestyle of the obscenely rich. Even better, with rich people who liked to flaunt in front of the camera, not enjoy their splendor in private like Bill Gates. David Siegel proudly claims he is individually responsible for George W. Bush winning the state of Florida and therefore the presidency; however, he chuckles that what he did was not exactly legal. Oh yes, schadenfreude. David called himself the “King of Time Shares.” He built 28 resorts and an enormous building on the Vegas strip, parceled them up, and sold them 52 different times to vacationers. Then, in what must have exceeded all of the filmmakers’ expectations, the recession hit and everybody in the country stopped buying time shares.

And because nobody is buying time shares, there is no money coming in to the company, and David lays off 7,000 employees. He also fires 19 household servants. Dogs run around crapping all over the house and nobody picks it up. A fish floats at the top of its filthy tank and a lizard dies of lack of food and water leading one of the spoiled kids to exclaim, “I didn’t know we even had a lizard.” The Siegels were billionaires and yet, they had no savings. They put nothing away for college funds for their kids. In fact, Jackie stares at the camera exclaiming her children might actually have to go to college now. But don’t worry, Jackie still compulsively shops to add to the ridiculous piles of “stuff” that the kids do not even know they have. She also maintains her plastic surgery regimen. Jackie’s chest has enjoyed being a a third character in this whole mess. 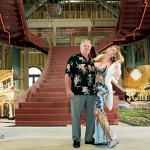 Other than the Michael Moore type of documentaries which have a stated agenda, filmmakers are thought to be neutral arbiters. They film the action, interview the subjects, and edit it in a way fair to all the players. However, no matter how one were to edit the footage of The Queen of Versailles, the Siegels were going to come off looking like some very horrible people. David is 30 years Jackie’s senior and now that their funds are rapidly dwindling away, he is starting to get tired of his third wife. He hides in his office (a couch in front of a flat screen surrounded by papers and food scraps) to enjoy being away from the chaos which his house has become.

And so in the end, one does not envy the Siegels. Although they still have more money than most humans on Earth, no one would ever switch places with them. I walked out of the theater with a new appreciation for my situation in life knowing that I’m not consumed with materialism — spending time with family and friends is what is most important. The fact that there are folks like the Siegels out there, who by the way are shocked a bank bailout did not filter down to them, makes you shake your head in shame at the human race. 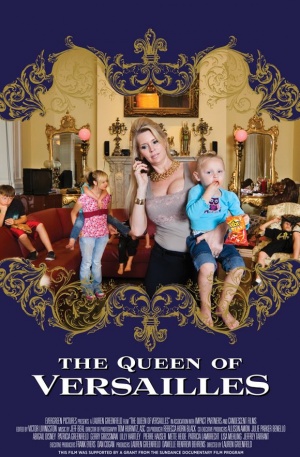