The Marvel Cinematic Universe keeps marching forward, even with, as some would say, their lesser echelon characters leading the way. In this case it’s Stephen Strange, coming at us in the upcoming fantasy tale, Doctor Strange. How exactly he’s going to fit into the MCU puzzle is still a closely guarded secret, but one thing will be certain: Audiences will be in for a mind-bending experience as the good doctor (played by Benedict Cumberbatch) is the master of the mystical arts. Expected, however, will be his origin story (as all the stand-alone Marvel hero pics have had like “Ant-Man,” “Iron Man” and “Captain America”) outlining how the arrogant, but gifted, surgeon lost the use of his hands and amidst searching the globe for a way to regain use of them comes to find himself under the tutelage of The Ancient One (played by Tilda Swinton). This trailer, courtesy of Marvel Entertainment, offers a brief glimpse of what’s to come. Check it out. 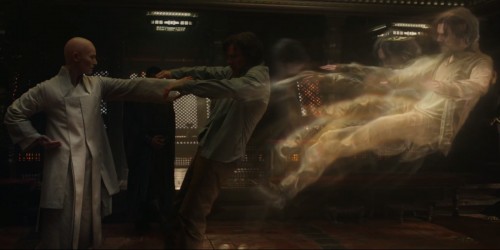 Official Synopsis:
After his career is destroyed, a brilliant but arrogant and conceited surgeon gets a new lease on life when a sorcerer takes him under his wing and trains him to defend the world against evil.