Why settle on re-imaging one fairy tale at a time (“Jack The Giant Slayer,” “Hansel & Gretel: Witch Hunters,” “Snow White and the Huntsman”) when a host of them can be combined and kneaded into a single movie? With Into the Woods, Walt Disney Pictures does just that, threading elements of Cinderella, Little Red Riding Hood, Jack and the Beanstalk, and Rapunzel into a witches curse that needs lifting. Personally, I’m not convinced this family-friendly musical (yes, it’s a musical) will draw an audience to the theaters during the Christmas holiday, but it is ambitious undertaking nonetheless. Determine for yourself by watching the trailer courtesy of Walt Disney Pictures. 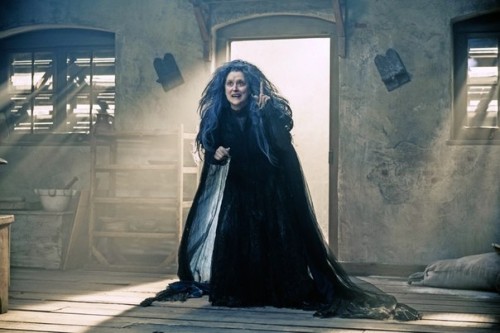 Official Synopsis:
Into the Woods is a modern twist on the beloved Brothers Grimm fairy tales, intertwining the plots of a few choice stories and exploring the consequences of the characters’ wishes and quests. This humorous and heartfelt musical follows the classic tales of Cinderella, Little Red Riding Hood, Jack and the Beanstalk, and Rapunzel — all tied together by an original story involving a baker and his wife, their wish to begin a family and their interaction with the witch who has put a curse on them. 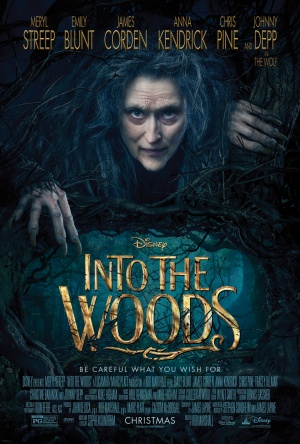