Back in 1981, Peter Weir’s acclaimed motion picture Gallipoli asserted Australia’s cultural independence from Britain by portraying Aussie soldiers as heroic, anti-authoritarian and noble. Additionally, the film displayed to the world just how big a part the Aussies played in WWI and how tremendous their sacrifice was, while also damning the way the Australians were commanded by their callous British superiors. 2010’s Beneath Hill 60 is another film which espouses these qualities. Screenwriter David Roach and director Jeremy Sims have unearthed a little-known true story from Western Front of the Great War that’s packed with important notions of courage, loyalty, camaraderie and sacrifice — and the result is one hell of an experience. Somewhat similar to the Oscar-winning The Hurt Locker in the way it depicts soldiers carrying out their dangerous everyday wartime duties, Beneath Hill 60 is an on-the-battlefield war epic focusing not on soldiers per se but mine engineers — the men who dug tunnels underneath enemy lines, and, in 1916, detonated the biggest load of explosives the world had ever known.

The commander of the Australian Tunnelling Company in World War I was Captain Oliver Woodward, whose diaries formed the basis for the movie’s screenplay. Played here by Brendan Cowell (who submitted an equally terrific performance in the 2007 Aussie pic Noise), Woodward is shown in the mud and carnage of the Western Front, nestled in tunnels deep beneath German lines. The labyrinthine tunnel system Woodward and his platoon are defending is densely packed with enough explosives to change the entire course of the Great War.

Flashbacks are interspersed throughout the film’s duration, revealing Woodward’s blossoming love for the 16-year-old Marjorie (Heathcote) as well as his ultimate decision to go to war. These flashback scenes are beneficial, as they add a welcome dimension to the character. However, with that being said, the flashbacks are at times clunky and are ultimately overused. Eventually, they begin to interrupt the pace and intensity of the movie.

Admirably, David Roach’s screenplay rarely sacrifices facts for the sake of entertainment, and the filmmakers were able to eschew the temptation to give the individuals of this true story a modern spin with contemporary attitudes. Rather, the facts are retained and the film is imbued with the sensibility of the era; unabashedly embracing the fundamental decency, buoyant camaraderie and dry humor of Australian soldiers. Yet another masterstroke was the decision to depict the German perspective in a way that highlights how much both sides had in common, as opposed to simply depicting the Germans as faceless enemies that need to be killed.

Brendan Cowell’s performance as Oliver Woodward is strong and engaging. The actor presents a portrait of Woodward as a man of stoic loyalty and awkward emotion. Not a single moment feels contrived. Credit must also be distributed to the rest of the ensemble cast, all of whom are impeccable. Gyton Grantley has gone from strength to strength since Underbelly, and his performance as Norman Morris is thoroughly convincing. The young Harrison Gilbertson is impressive as Frank Tiffin, as is Steve Le Marquand as the resident hard-nut (some may remember Marquand from another Aussie war film, Kokoda). The camaraderie among the actors is infectious, with the spirit of these Aussie larrikins adding texture to the bloodshed. As a viewer watches them bond, it’s possible to feel closer to them. Rounding out the main cast is Bella Heathcote, who’s endearing and convincing as Woodward’s sweetheart. Be on the lookout for comedian Bob Franklin, too, who briefly shows up.

For a film produced on a reported budget of $6 million, Beneath Hill 60 possesses production qualities of Hollywood films made for 10 times that amount. Sims and his team pulled off a minor miracle in effectively recreating the horrors of the trenches on a muddy patch outside of Townsville. Director Jeremy Sims (Last Train to Freo) has magnificently captured the mud, blood and sweat of trench warfare, in addition to using claustrophobic, low-light cinematography to evoke the essence of a tunnel interior during wartime. Tension and excitement is remarkably created by Sims, too, with loud shell-bursts that rock the theatre’s sound system and spray earth and body parts across the screen. Consequently, Beneath Hill 60 is enthralling and heart-stopping, with hardly a dull moment. Those unfamiliar with the details of this particular skirmish are sure to be on the edge of their seats during the tense conflicts. The final touch is the sound mixing, which further amplifies the wartime atmosphere. Meanwhile, Cezary Skubiszewski’s score, while moving, has a tendency to be too intrusive, and at times makes the outcome of an event somewhat predictable. Another technical imperfection is the CGI work for the final explosion, which looks a tad cartoonish. These faults are minor compared to the film’s myriad strengths, however.

All in all, Beneath Hill 60 is a top-notch war movie which delivers traditional genre elements in effective ways, and delivers them as powerfully as almost any Hollywood epic. In fact, Beneath Hill 60 has a fighting chance of joining the ranks of Gallipoli and Breaker Morant as one of the best Aussie war film of this generation. It may even contribute to future generations’ understanding of the Australian experience in the Great War, thanks to the attention to historical accuracy. It may not be as good as those other movies per se, but it’s certainly as effective, and it’s a movie all those involved should be proud of. 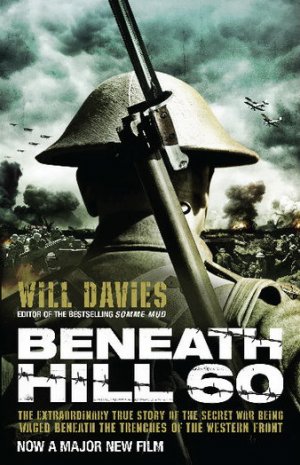