While watching the newest remake/reboot, this time of the classic 1984 comedy, “Ghostbusters,” I could not help but think that the lead stars of the first film (including Bill Murray, Dan Aykroyd, Annie Potts, Sigourney Weaver and Ernie Hudson), who all make cameo appearances, could have been put to better use. Each plays a different character that has no relation whatsoever to their original roles.

My concept would have been keep their original characters intact to tie the first movie together with the new Ghostbusters to keep things as coherent as possible, but, since I had nothing to do with the production, no one thought to ask my opinion.

As it is, though, the 2016 installment, directed by Paul Feig (of “Spy” and “Bridesmaids” fame) and written by Katie Dippold (“The Heat”), is not a terrible picture, which is the fate of most remakes — and being told from the distaff side — adds a little more of an interesting dynamic. As a comedy, however, Ghostbusters pales compared to the original which begs the question of whether we appreciated humor 32 years ago or that we just are not funny any more.

Not that all of the jokes fall flat. There are some pretty good zingers, it is just not the laugh-out-loud fest we were delivered when the first ghoul invasion of the Big Apple took place three decades before. In this version, the malevolent spirits are kept trapped in mirrors by a nerdy lunatic, Rowan North (Neil Casey, “Inside Amy Schumer” TV series), in a fancy hotel basement.

And since this is a total gender reversal of the first movie, the receptionist (replacing Potts) is a slumming Thor, the uberhunk Chris Hemsworth (coming off of the lukewarm “The Huntsman: Winter’s War,” as well as another comedy role in another 1980s remake, “Vacation”). Much light is made of this character as first he is goofy, sexist and just plain stupid. Later, as the host body of North, he is hilariously arrogant and over-the-top ridiculous, ordering his ghostly army to attack the city one minute and the compelling the police and military to perform a disco dance routine the other.

Of course, since we’ve all seen the original, despite more and more ghostly manifestations, no city official, including Mayor Bradley (Andy Garcia, “For Greater Glory”), will believe them, until hundreds of pissed off disembodied spirits are released from their hellish prison. This final conflict causes the ladies to go into full throttle CGI mode, wiping out the baddies left and right. This, once again, makes one wonder how something dead can be killed again, but I won’t go into that, just like I didn’t 32 years ago.

During this climactic confrontation, throwaway jokes are tossed about as are ear-splitting explosions — which cover the sounds of silence from the audience after many of those said puns miss their mark. Ultimately, however, it’s a spirit from the original film that helps to save the day for the girls and the viewers.

I will write, though, that the closing credits were actually a joy to sit through (now one cannot say THAT very often). A rehash of the movie’s stunning visual artwork with added scenes that showed real talent and imagination were shown as thumping songs played in the background. Whether these production values and the draw of mostly McCarthy and Wiig are enough to proclaim success is anyone’s guess, but after all of it, a small scene predicts a possible sequel, for what it’s worth.

All in all, Ghostbusters is not a terrible time at the cinema. It’s not as good as the first, but certainly better than most reboots. 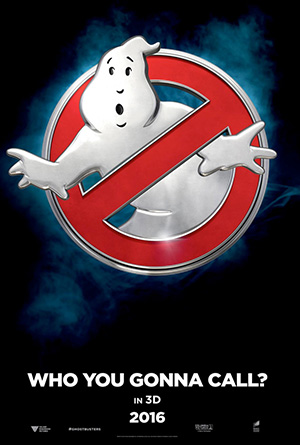