“Scribbled, shot and cut by Giorgio Serafini,” read the titles at the end of The Executioners, as Tim Polecat’s jaunty song “Another Word for Hate” bounces on the soundtrack, as if what we just saw was all a bit of tongue-in-cheek fun. But there’s nothing fun about Serafini’s hateful home invasion horror movie.

Four twenty-something female friends head to a remote house by a lake — a house inherited by Belle (Jemma Dallender, “I Spit on Your Grave 2”), dealing with the recent death of her father, who rescued her from drowning before he suffered a heart attack. Presumably wracked with guilt (I’m filling in the blanks here) Belle attempted suicide. She saw the “darkness.” But with the help of medication, she’s on the mend.

The other key member of the foursome is Kay (Natalie Burn, “Downhill”), a wannabe writer who is planning a novel, the synopsis for which she explains in great detail to the others, and in doing so gives away the ending of the movie. The other two women — Angela (Rachel Rosenstein, “90210 Shark Attack”) and Lori (Anna Shields, “The Song of Sway Lake”) — are there to make up the nubile numbers.

The plot doesn’t hang around. Within minutes, Belle is pulling a gun on a possible intruder in the closet. In a hurry to get to the rapey bits, Serafini has the invaders slash the car tires (and presumably tear down the local cell phone tower) in double time.

“Whoever’s doing this doesn’t know who they’re fighting with!” cries one of the women, to which another responds, “Well said, we’ll show them!” This is the level of screenwriting here. The attackers are Mr. Red (Michael Santi, “King Charles”), Mr. Blue (Fernando Soto Jr.) and Mr. Black (Anthony Belevtsov, “Triple 9”) — faces painted accordingly — and they’ve come to cause the women untold pain.

With its parade of hotties being stalked by sex-obsessed men in decadent surroundings, its attempted dreamy atmosphere, and its ample nudity and blood, Serafini’s film is perhaps shooting for giallo homage. But at least giallo enjoyed a certain gaudy kitsch which mitigated its essential ugliness. Forget the luminous reds of the Italian maestros — The Executioners is saturated with a generic, muted green-brown.

The acting is mostly horrible, although I’ll concede that Dallender has a certain poise, and Santi does some credible whimpering. But none of the cast is aided by the script, which has less character consistency than James McAvoy in “Split.” Belle, the would-be heroine of the group, is a dribbling wreck one moment and The Bride from “Kill Bill” the next.

With the likes of “Hush,” “The Purge” and “You’re Next,” quality home invasion horror has enjoyed something of a resurgence in recent years. It’s a versatile subgenre. But in the absence of themes to be explored, or humor or well-crafted scares, there should at least be the pleasure of problem-solving. Alas, here any such pleasure is undermined by the irrational actions of the protagonists and internal rule-breaking. This is a movie in which one minute the men can hear torch batteries hitting the floor in the next room, but seconds later fail to register a piercing scream from that same room.

The men are inevitably captured, because gratuitous revenge is, like, totally feminist, right? Obviously, the traumatized women don’t put any clothes on to carry out this revenge. Nor do any of them seriously suggest calling the police, or simply keeping the men captive until dawn. Staggeringly, despite all their overtures to unimaginable pain, they actually end up forgiving one of the rapists — literally handing him a gun — on the basis that he’s slightly more tearful than the others. Again with the inconsistency.

What’s most poisonous about The Executioners is the underlying sense that the women’s ordeal is not a male problem but a female one. Without wishing to spoil the most obvious twist in movie history, the narrative’s framing device — the situation is presented as an exploration of masochism — would seem to feed the misogynistic myth of the female rape fantasy: That women are inherently sexually confused, secretly harboring the desire to be dominated, and will manipulate poor, simple men in order to achieve satisfaction.

Serafini’s simplistic script couldn’t possibly explore this territory — this is pure exploitation. His words are married to efficient but unimaginative direction, which is stultifyingly static when no one is being raped or headbutted. Moreover, for a single-point setting, there’s precious little sense of the layout of the space the characters occupy. Then there is the inept editing, which can’t clarify what’s going on between people in the same room, let alone characters in different locations. The final escape plan is conveyed through voiceover, like they forgot to shoot the footage.

The Executioners is the worst kind of bad: Boring, monotone and repetitive. It’s also the worst kind of nasty: Malicious, misguided and mirthless. It’s a throwback to a time when horror was in the doldrums, desperate to shock in the most basic way possible. Well, it is shocking, but not for the reasons the filmmakers intended. 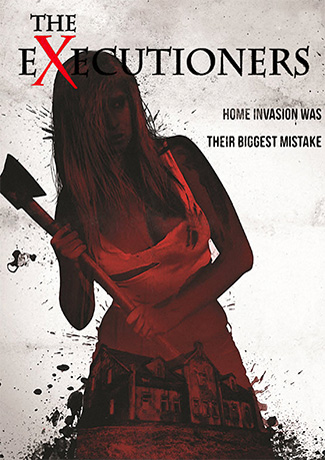