A sheep in wolf’s clothing — by which I mean a B-movie in Euro-arthouse clothing — The Unseen shoulders its way into the dynasty of slow-burn horror films about middle class parents escaping to some distant place to cope with the grief of losing a child. Writer-director Gary Sinyor has a history of lightweight rom-coms (remember 1999’s “The Bachelor,” with Chris O’Donnell? Anyone?), and although he brings his best brooding to this grief-stricken creep-fest, it can’t hold a candle to the likes of “Don’t Look Now,” “Vinyan” or “Antichrist.”

Gemma Shields (Jasmine Hyde, “The Truth Commissioner”) is an audio book actor who enjoys a very comfortable life with her family, comprised of husband Will (Richard Flood, “Shameless” TV series) and son Joel. One evening, tragedy strikes: Joel is killed in a terrible accident. Naturally, the parents are shattered. Their relationship hangs by a heartstring. The pauses in their bickering are pregnant. So far, so overwrought: Whining violins, unspoken resentment and depressing sex.

Out of the blue, Gemma suffers a panic attack which causes her to go blind. Stumbling into the street, she is rescued by a handsome young charmer named Paul (Simon Cotton, “The Fall of the Krays”). Gemma recovers, and Paul befriends both she and Will. Seeing them struggle, Paul invites them to spend some recovery time at his cottage retreat in the Lake District. The Shields seem to spend most of their time hanging around the house drinking expensive wine anyway, so why not do it in the English highlands?

The countryside sucks. Vacations like this do nothing to cure the bereaved. Will becomes increasingly unhinged, while Gemma starts hearing voices, and her attacks of blindness become more frequent. Paul, apparently medically trained, is caring and attentive to Gemma’s needs — a plot development which probably acts as a spoiler in itself. Let’s just say there are hints of Rob Reiner’s “Misery” in the arc of the story, and you get the idea.

There’s nothing wrong with the audience being better aware of character machinations than the characters themselves — Hitchcock knew this, and toyed with it ruthlessly — but when the plot is presented as a bona fide mystery, as it is in The Unseen, certain major plot developments simply come across as dumb.

The film’s unique selling point is the semi-blindness suffered by Gemma. The effect on screen — a kind of extreme fisheye lens with a Vaseline smear — is disturbing at first, but by the tenth attack it’s just tiresome. And it’s not even a consistent affliction. At one point, Gemma fools a character into thinking she doesn’t know he’s in the room by feigning blindness. Except it’s already been firmly established that the blindness is only partial, so why would anyone fall for that?

It’s the kind of question of logic we ask when we’re watching a trashy slasher with dumb teenagers. But these characters are meant to be sensible, educated adults. Why would Paul allow the panic-stricken Gemma, who has already had a car accident, go for a drive in his car, rather than giving her a lift or calling her a cab? Later, why doesn’t Gemma call the police when she gets the chance, instead of phoning a mild-mannered Uber driver she chatted with once?

Nonsensical character behavior abounds, particularly with regard to Gemma and Will’s attitude toward Paul. Will invites Paul into their home more than once, apparently striking up a friendship, only to be incongruously aggressive toward Paul when the latter returns the favor. Then there’s Gemma and Will’s strange mockery of Paul’s bird-watching hobby; or their needlessly unempathetic interrogation of Paul about his absent wife.

Too often, instead of the dramatic effect being drawn from plausible actions and interactions, it is fabricated from unearned or contrived conflict — be it another character-breaking decision; another excessively horrified reaction to something quite mundane; or another moment when Gemma calls out for Paul’s help, and then screams “Just get out!” when he arrives.

Bad writing might also account for the lack of chemistry between Gemma and Will. Sure, their circumstances are extreme, but we get no sense of a history of marriage, and thus no sense of a fracturing bond. Not that any of the characters in The Unseen are recognizable human beings, anyway. With their expressionless faces they float through their minimalist houses with its alien modern art, barking at each other and making senseless choices, and it feels like we’re watching extra-terrestrials playing dress-up.

Sumptuous Cumbrian vistas can’t rescue bland framing and flat lighting; the cheap, BBC TV soap opera aesthetic. A good screenplay can make the most lifeless camera sing; but alas, the dialogue ranges from the dull to the risible. (“This is breathtaking!” Gemma exclaims excitedly as she reaches the top of a hill, as if our eyes can’t be trusted.)

If only there were engaging or surprising incidents to keep our attention, like the best bad horror films. But no, this is a horror film for people who wouldn’t confess to enjoying horror films; a film that employs endless genre tropes — a talking toy; a child’s disembodied voice; strange noises picked up in headphones — but stages them in such a boring, rote way that it’s stultifying. 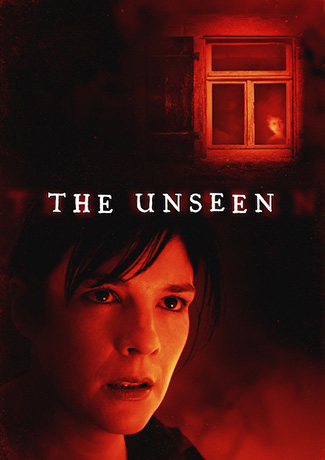