Drew (Scott Eastwood, “The Longest Ride”) is a guy who hates his job. When he runs into an attractive woman, he decides to join the same acting school she attends, for no other reason than that he wants to — in his words — “bang her.” Hijinks follow, he makes friends while learning a lesson about what’s truly valuable in life, and I don’t believe it’s a spoiler to reveal that Drew ends up with a nicer, “considered-less-hot-but-still-attractive” girl. If this summary sounds unbelievably drab, misogynistic and predictable, that’s because it is. Along with the entirety of Walk of Fame.

The script is especially troublesome, foregoing all pretense of reality in order to strive towards a sense of humor that it doesn’t even achieve. Characters spout nonsensical lines at absurd moments, but it’s far more annoying than it is humorous. The actors aren’t really to blame here — their roles have been so two-dimensionally written that it’s impossible to feel any sense of connection with them. Additionally, the most irritating characters seem to get the most screen time for some reason, while others simply drown in a pool of awful writing.

Nikki (Laura Ashley Samuels, “In Time”) for example, is designated the frustratingly common role of a woman who knows she is attractive, and therefore, is a terrible person. She also has sexual relations with more than one man, and is therefore a whore. Hannah (Allison Weissman, “John Dies at the End”) on the other hand, is unfailingly nice to everyone, but resolutely is not a sexual being. Having been in an equestrian accident in the past, the right side of her body is somewhat paralyzed, which makes her just the perfect balance of attractive and approachable. This is genuinely the type of logic this movie works on. I struggle to believe that we’re still dealing with virgin/whore dichotomies in 2017. Although, maybe I don’t.

With a reasonably diverse cast including gay characters, people with dwarfism, and people of color, Walk of Fame would deserve some credit — if the existence of these characters wasn’t solely to be mocked and stereotyped. It’s clear that an attempt toward self-aware edginess is being made, yet what writer-director Jesse Thomas fails to recognize throughout his debut is that an offensive joke only works if it’s funny. Instead, we are left with a group of caricatures that seem tiresome and lacking in originality, simply trying to regurgitate offensive comedy of the past under a new label.

These combined failures mean that Walk of Fame is, essentially, a boring movie. It simply is not entertaining. As a comedy, it fails in its primary objective: To make people laugh. Audiences will rather be left wincing at the brashness of it all, while constantly wondering how many minutes of screentime are left. Ultimately, Walk of Fame does the term “indie movie” a grave injustice — don’t waste your time. 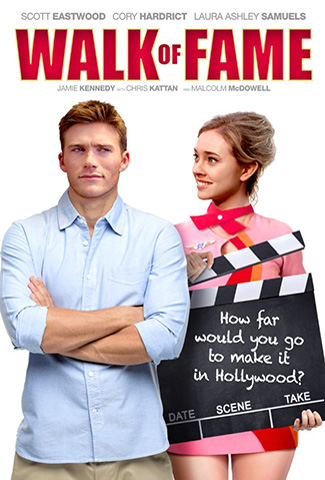