Planes, running and Tom Cruise — three ingredients for a possible a box-office hit converge one more time in American Made, an action-comedy-thriller based on the life of Barry Seal, former pilot for TWA and drug smuggler for Pablo Escobar. It does not take long into this first trailer for chaos to brew with Seal, after being hailed by the DEA, landing his twin-engine in the middle of a community, paying a kid to “borrow” his bike and escaping the sirens with drugs blanketing his body. “Some of this shit really happened,” Seal says afterward, echoing the frenetic-slash-whimsical tone of director Doug Liman’s previous foray in the genre (“Mr. & Mrs. Smith”) and shadowing the brow-raising title card that opens “American Hustle” (ah, another “American,” another tale about mining glory in greed).

While still under the title “Mena,” named after the Arkansas city where Seal carried out his operations at an airport facility, American Made made headlines in 2015 when a plane crash on the set in Medellin, Colombia killed two pilots, Alan Purwin and Carlos Berl, and injured one, Jimmy Lee Garland. Purwin’s widow, Kathryn, sued the producers while his relatives went after the Berl’s estate (the latter counter-sued by saying that Berl had notified those working on the film about him not having sufficient flying experience).

Armed with that knowledge, check out the high-flying action courtesy of Universal Pictures. 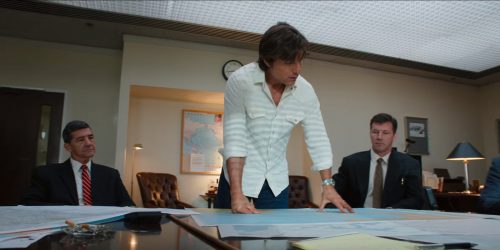 Official Synopsis:
A pilot lands work for the CIA and as a drug runner in the south during the 1980s. 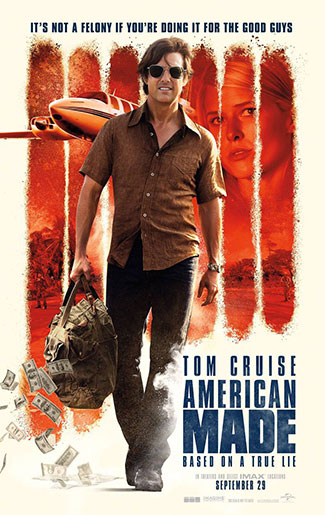