Subjects can be covered extensively from many angles and the character and attitude of a specific time or place can be lost in translation; luckily that this is not the case with 12th and Clairmount. The long hot summer of 1967 would culminate in 159 race riots across the United States, with Detroit, Michigan home to one of the most brutal and notorious conflicts. Brian Kaufman continues his successful partnership with producer Kathy Kieliszewski on an emblematic recollection of those who lived, lost and survived this tumultuous time. 12th and Clairmount is a solid atypical approach to historical documentation which manages to enrapture easily as a tactful personification of a city in revolution.

Though primarily focused on the week in July 1967 when Detroit erupted in extreme civil disturbances matched by extensive police overreach, the arc of the film traverses the ways of life before, during and after this poignant moment in American history. Utilizing stock footage, educational films, illustrative recreations, newsreels and a collective of over 400 reels of 8mm home movies donated by Detroiters, Kaufman cuts with turntablist editing to give a life and personality to every moment. Diverse oral histories mixed amongst radio newscasts and dispatch recordings efficiently complement the footage, each perspective as even as the next. As the causes and the results of the riot are debated, the footage never breaks to a traditional interview, keeping us immersed in this time in America, all the while pulling stark contemporary parallels in which makes this work quite timely.

Since most of the footage is pieced together from numerous Detroit homes and official news and administrative sources, the craftsmanship of the edit is astounding. Kaufman manages to weave an engrossing narrative that emits a vibrant life and insistency from the people in the chaos, rather than just focusing on the tumult. What is emphasized in equal measure are children playing and going to school, adults working and living alongside one another; ordinary lives are the backdrop to the insanity of the riots, just as are the divisions and irreparable damages to the community that occur after the smoke clears. The musical accompaniment ranging from Nick Speed to John Lee Hooker enhance the experience with a raw and soulful score, never overpowering what is said but strengthening what is shown. However, all of the aforementioned would be for not if it were not for Kaufman, Kieliszewski and Bill McGraw’s (historian-journalist of Bridge Magazine) writing and respect for living history. Each voice is just as important as the last, with no clear overall picture being drawn, giving the event a believable three-dimensional remembrance.

12th and Clairmount was premiered months prior to Kathryn Bigelow’s period crime drama “Detroit,” which focuses on the Algiers Motel incident during the riot. Though Bigelow’s treatment of the subject was shocking and brutally honest given its context as a dramatic recreation, Kaufman’s documentary has a natural intensity and resonance that lives on with significant weight as it spans such a wide array of lives. Both films are absolutely some of the best of this year in their respective genres, and both depict a moment of a conflict that began long before the Detroit riots and continues through to the present day. 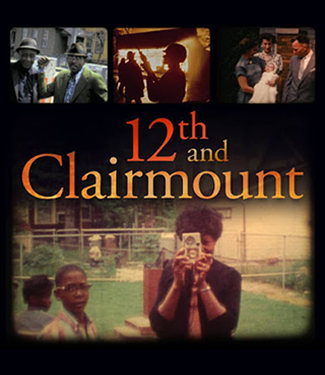