It has been 22 years since the incident at Isla Nublar, but the earlier devastation is now just a footnote in the logbook of the InGen financiers, for they have forgotten the tumult and the ethical barriers they tore down and commercialized. They now operate a seemingly infallible amusement park with monorails, an aviary, a raptor paddock; you name it, a Jurassic Park think-tank conceived it. Yet, these cutting edge scientists and proprietors have still failed to wrap their brains around the fact that one cannot simply dream up a faultless, quixotic “asset” to brush declining revenues under the carpet without there being repercussions. Like Dr. Malcolm once said long ago, doing so is “a rape of the natural world,” and that “life will not be contained.”

Viewers will be happy that the misstep was taken again, however, for the culmination of their efforts led to Jurassic World, a witty — even comical — and aesthetically massive installment to the renowned movie franchise that’s fallen on hard times.

Aside from the stunning visuals — with the impressive labyrinthine mise-en-scene — and the return of an original character in Dr. Henry Wu (BD Wong, “Focus”), Jurassic World introduces a vigorous new lead in Chris Pratt (“Guardians of the Galaxy”), who incorporates the savviness of Dr. Ian Malcolm (Jeff Goldblum) with the game warden qualities of Robert Muldoon (Bob Peck) also from the first movie. The film’s writing, while stretched thin at times, is mostly pleasant, and is a noticeable improvement from the “parasailing gone awry” concept from the third movie in 2001. It’s quick, the frames are full — brimming with character, beast, and bullet; and Bryce Dallas Howard (“50/50”) even gets to show off her piercing scream. (I admit, she does a bit more, too, for her performance steadily improves over the course of the two hours).

It begins with Zach (Nick Robinson, “The Kings of Summer”) and Gray Mitchell (Ty Simpkins, “Iron Man 3”) being sent off by their parents to tour the dinosaur amusement park, much to the dismay of Zach who finds the exhibits to be a grade-A bore. On the island, the boys find their Aunt Claire (Howard), a workaholic focused almost exclusively on rejuvenating the park’s revenue, and executing a corporate mandate for something “bigger” and “scarier” with “more teeth.” The park’s answer comes from the research wing led by Dr. Wu (Wong) who cross-breeds a T-Rex with the DNA of a cuttlefish, and of course, a frog (among other animals, living and extinct). The result is a captivating hybrid beast known as: Indominus rex.

I-Rex is also intelligent, deceptive and bloodthirsty, and before its paddock is certified safe by Owen Grady (Pratt) it escapes containment, effectively spelling doom for the other animals and the 20,000+ in attendance at the park (and thrills for movie-goers).

When Claire learns that her nephews are still out in the nifty “hamster balls” after she orders the park into lock down, she, with her one-time beau Owen (who has spent many of his days training and taming the velociraptors), embark into the dinosaur laden abyss to save them. Oh, and as if facing off with a genetically superior predator wasn’t enough of an obstacle, they’ll also have to battle the ego of gruff InGen security expert, Vic Hoskins (Vincent D’Onofrio, “The Judge”), who wants to militarize the velociraptors.

To be fair, Jurassic World does not outshine or subvert the 1993 film, but it sure out maneuvers the last half hour of “The Lost World” and all 93 minutes of “Jurassic Park III.” Its strict compliance to the science behind the park, interspersed with wholly satisfying showdowns in the misty thickets, pays homage to the original in all the right ways, which is surprising since this latest installment offers up an entirely new cast. One scene in particular — in the elemental remains of the original park — will have any Jurassic fan glued to the screen. Further, it’s hard not to notice the motifs that director (and co-writer) Colin Trevorrow so plainly brushes into this film — allusions to Dr. Sattler, John Hammond, the impact terminal scene, etc., are all faithfully displayed.

In the previous sequels, the stakes always seemed to increase (a T-Rex loose in San Diego, really?), but with Jurassic World, some care was taken to ensure the focus of the narrative returned to the dynamic between man and nature. This installment also boasts better chemistry within the cast rivaling the original — Pratt and Howard are good together, the brothers hold their own, and the supporting cast also pumps some life into the film, especially Omar Sy (“X-Men: Days of Future Past”), who plays Barry, a sensible raptor tamer, and Irrfan Khan (“Life of Pi”) who plays the thankless part of new park owner Simon Masrani.

So, Jurassic World has in effect brought the franchise out of the reverie it was stuck in since the original film. Indominus rex might be a bit tacky, but the people that chase it down are fun to watch (as is the chase), and when they do so in a way harmonious to “Jurassic Park,” let’s just say one word can best describe the response: Goosebumps. And for me, it’s been too long since goosebumps and dinosaurs were said in the same sentence. 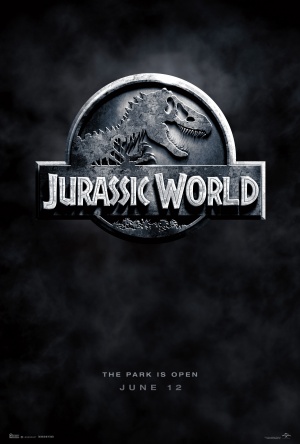