Unpleasant without being scary, and full of style sans substance, Brian Visciglia’s feature debut, Ryde, comes off as a kind of misogynist “American Psycho.” There’s a hint of Christian Bale’s Bateman in David Wachs’ pristinely chiseled psychotic, but none of Bret Easton Ellis’ satire.

Wachs (“The Last Hurrah”) plays Paul, an elusive loner who one night takes a ride in a “Ryde” cab. (It’s Uber, basically). Realizing that the app will give him carte blanche to prowl the streets of L.A., picking up hot female strangers and beating them to death, he sets about stealing a vehicle and posing as a charming driver named Karl.

A concurrent story sees Jasmine (Jessica Serfaty, “FML”) and her ghastly boyfriend Marcus (Ronnie Alvarez, “Kill Kapone”) going out on the town. Their relationship is at a low ebb, defined by passive-aggressive bickering and resentment. Their paths cross Paul’s, and it’s only a matter of time before one or both of them will be his next, and possibly final, victim.

What is behind Paul’s malaise? We’re given few clues. A generalized contempt — or a John Doe-like jealousy, perhaps — for the social mainstream? Maybe he’s disgusted at people’s lack of authenticity. (A bit rich coming from a guy who just stole someone’s identity.) Alas, this is a character-driven story whose characters, when not downright contradictory, are too thinly-sketched to draw conclusions.

Paul’s one emotional connection is with the male driver (Kyle Thomas Schmidt, “Malady”) whose name he takes, and the tension between them is intimate. I was half expecting an exploration of denied homosexuality. After all, every woman who offers herself to Paul is never given satisfaction in return — they’re just beaten to death, as if he’s blaming them for his true, forbidden desires. It might have been an interesting twist.

So, it’s something of a revenge flick in clothing borrowed from better movies. It combines some of the antagonist focus of “Maniac” with the impostor conceit of “Maniac Cop,” but with none of the Freudian depth of the former or the ironic humor of the latter. Horror hounds will likely be disappointed by the lack of tension and variety, while psychological thriller fans will be left unconvinced by the modus operandi. 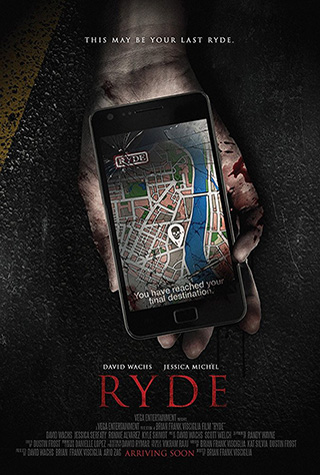