The third part of the “Star Trek” series reboot, Star Trek Beyond, does not reach the heights of other film franchises such as “Harry Potter,” “The Dark Knight” or “The Hunger Games,” but it is certainly better than the second installment, “Star Trek Into Darkness,” so thank goodness for small victories . . .

Directed by Justin Lin (of “Fast and Furious” infamy) from a script by Simon Pegg (“The World’s End”) and Doug Jung (“Dark Blue” TV series) and starring the same actors in roles we’ve grown to love (or at least tolerate) — Chris Pine, Zachary Quinto, Pegg, Karl Urban, the late Anton Yelchin and Zoe Saldana, among others — the intrepid crew of the United Federation starship USS Enterprise now has their latest mission to go where no movie series has gone before.

And while part two went WAY beyond (thanks to director J.J. Abrams), incorporating the whole “Wrath of Khan” thing and then making the intellectual Spock (Quinto, “Hitman: Agent 47”) an awkward action hero, this effort let’s the mission get back to its more familiar roots; a restless Captain Kirk (Pine, “Into the Woods”) going the extra mile to save another civilization while endangering his crew.

You know, typical “Star Trek” stuff for a cultural icon celebrating its 50th anniversary, beginning with the original series (1966-69) and at least a dozen feature films, so it’s not like we haven’t seen just about everything it has to offer (with the possible exception of Lin’s OVERuse of the cinéma vérité, handheld, shaky camera effects that make a few sequences almost unwatchable . . .).

In Star Trek Beyond, we are introduced to a new orbiting space station, although I should write, “space city.” It is a huge orbiting community with rivers and monorails and high-rise buildings and has enough room for a fleet of starships. Here, the Enterprise receives a distress call from a forbidden planet in the Crab Nebula region and soon beams aboard the ship’s only survivor, Kalara (Lydia Wilson, “Love Is Thicker Than Water”), who informs her rescuers that she was part of a scientific expedition gone wrong. Kirk is suspicious, but nevertheless plunges headfirst to the location to save the rest of the stranded scientists.

Of course, the real reason was to lure the Enterprise into the hands of the violent warlord Krall (Idris Elba, “Beast of No Nation”), a lizard-like alien who proceeds to destroy the ship (at least the third movie in which THIS has happened) and capture the entire crew. At first, we are mystified by Krall’s motivation, but it becomes clear — somewhat — later on.

Meanwhile, an army of graphic artists is putting in overtime showcasing the destruction of the great vessel as it is systematically dismembered by a gaggle of bumble bee-like ships dispatched by the enemy from the surface of the planet. Once down, various crew members team up and have their own separate adventures: Dr. McCoy (Urban, “Dredd”) has to save Spock from a serious injury (they reach a new understanding after years of conflict), Kirk and Chekov try to locate the captured crew (coming off of Yelchin’s tragic death this summer, these scenes are especially poignant), and Scotty (Pegg) joins a resourceful female alien, Jaylah (Sofia Boutella, “Kingsman: The Secret Service,”), in an attempt to refurbish an old starship to facilitate that rescue.

The art and production departments are also putting in extra hours and it shows, from the planet’s rocky surface to the dark caves to the interior of the abandoned USS Franklin, which has, of course, become cloaked so all of the bad guys in the area never see it.

There is also other goofy scientific trickery afoot as a hologramed Kirk rides a motorcycle in 50 different directions to confuse everyone — even the audience — while the crew makes a break for it. And as an added storyline, Kirk is up for a vice-admiral position and wants Spock to take over command of the Enterprise if he gets it; but the Vulcan hero has other plans. Oh, and since this is 2016, there’s a gay character revealed (I won’t mention any names, but — spoiler alert — just think George Takei).

In the end, after much derring-do and other plot conveniences, Krall and his thousand ship armada invade, but run into Spock’s interminable logic and knowledge of beehives. With top-flight production values and a so-so story, Star Trek Beyond is a decent installment of the iconic series. If it continues, however, all of hope for better things to come. 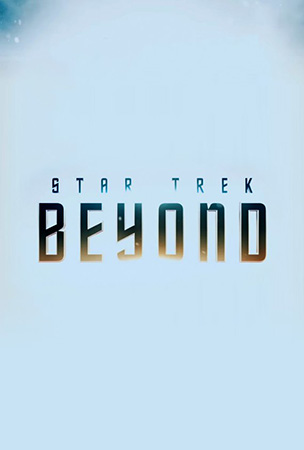