So sings Richard Thorncroft (Julian Barratt, “ABCs of Death 2”) who experienced a moment of fame in the late eighties, playing Bruce P. Mindhorn, “the best plain-clothes detective the Isle Of Man [had] ever seen.” With a lustrous mane, and a mechanical eye that can actually “see the truth,” Mindhorn’s star burned brightly, but briefly.

Three decades later and Thorncroft’s star has fallen into the gutter. An ill-advised foray into Hollywood led nowhere. Neither did his brief musical career. His only recent gigs have been adverts, and auditions that were really meant for someone else. Most painfully for Thorncroft, “Windjammer,” the “Mindhorn” spinoff, has just entered its fourteenth season, far outlasting the length of its parent TV show.

It seems like everyone has forgotten about Mindhorn; everyone that is, but a serial killer stalking the Isle of Man. When the police get a call from the killer, who says he’ll only speak to Detective Mindhorn, the once-famous TV detective heads back to the island where it all began, to solve his first, real-life crime.

First and foremost, Mindhorn is an excellent showcase for the formidable comedic talents of Julian Barratt, credited here as star and co-writer. Fans of “The Mighty Boosh,” the cult hit he starred in and created with Noel Fielding, will already be familiar with Barratt and his gift for mastering the humor of the absurd. Barratt attacks the decidedly unglamorous role of Thorncroft with a glorious aplomb; wielding his magnificent pot belly like a weapon, treating his toupee as if it comes with its own wind machine.

Barratt has support from a wide range of British talent; some established comedians, some better known for more serious ventures. Kenneth Branagh (“Jack Ryan: Shadow Recruit”) has a great extended cameo, earning the sobriquet “Kenny B” (Sean Bean does not appear, but he also garners a very funny nickname). Steve Coogan (“Philomena”) is on familiar ground in his role as Thorncroft’s actorly nemesis Peter Eastman. Thorncroft’s romantic nemesis over a lady (Essie Davis, “The Babadook”) is played by the film’s co-writer Simon Farnaby (“Your Highness”), with bizarre hair, and an even more bizarre accent. However, one of the film’s few missteps is the criminal underuse of Andrea Riseborough (“Nocturnal Animals”) as a police detective with a dark secret.

Whilst Mindhorn does have a plot, it’s really just there to frame the jokes. The crime narrative is much less important to the overall film than it is in the similarly toned “Hot Fuzz.” In fact, it’s discarded almost completely in the second act, to focus on the comedic sparring between Thorncroft and his ex-girlfriend’s husband Clive (Farnaby). To disregard the plot this way is a risky strategy, but with such a high joke density, Mindhorn gets away with it.

“The Mighty Boosh,” which finished its run a decade ago, left a legacy behind it of absurdist quotes, completely impenetrable to anyone not familiar with the show but a beloved language amongst diehard fans. Mindhorn proudly continues that legacy. Listing any quotes here would be pointless without context, but let’s just say viewers will be talking about brogues a lot more after watching the film than they did before.

Mindhorn is British comedy at its best; endlessly quotable, endearingly bizarre, and stupidly funny. It may not bring anything particularly new to the table, but it executes the steps along its well-trodden path with a lovably ramshackle exuberance. 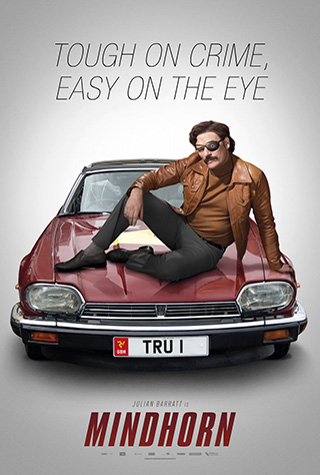