Avengers: Endgame brings the Marvel Cinematic Universe’s (MCU) third phase to a close in splendid fashion, designating much of its three-hour runtime to character arcs and the wider narrative, versus intergalactic fireworks and fisticuffs. In fact, Anthony and Joe Russo’s finale is an intelligent film, introducing novel MCU concepts, “hard” science and a supervillain worthy of the title.

The hype leading up to the movie set the bar quite high, but the Russo brothers do not disappoint, elevating the Phase One heroes to be the true problem-solvers in the film, the fourth “Avengers” installment, while also subtly building its cinematic universe, tying up loose ends and looking to the future — for a wildly different group of heroes to descend on the Avengers compound. The Russos bring seismic scope and magnitude to their films, and Avengers: Endgame sticks to that script, moving across time and space and calling out some of the best cinematic moments of the past decade. Where it stands alone, however, is its introduction to an entirely new component of superhero-science.

In the film, when — by happenstance — Ant-Man emerges from the quantum realm, realizing five years have elapsed (only hours for him), he suddenly endeavors to utilize the realm and the remaining Pym Particles to manipulate time and space and erase Thanos’ wrongdoings. As the only initial proponent of this “Time Heist,” Ant-Man must convince the Avengers’ scientists, Tony Stark and Bruce Banner, of its potential, while Black Widow attempts to restore order and keep remaining heroes posted at various locales throughout the universe. Ultimately, the heroes must unite for one final stand against Thanos and his time-bending, soul-crushing snap of the fingers. Leave it to original heroes like Iron Man, Captain America, Hulk and Thor to track the villainous Thanos, wield the slickest weapons and attempt to erase five tortuous years.

Cinematography from Trent Opaloch (“District 9”), behind a Marvel Studios-sized budget, makes the endeavor a treat on the eyes — of similar ilk to darker sci-fi narratives, earthly mysteries and immersive fantasy. The superhero genre lives in a unique pocket of cinematic space, utilizing elements of numerous genres, and Opaloch’s eye certainly helps enliven the story.

And with a screenplay from Christopher Markus and Stephen McFeely, who have credits on six other MCU films, and the careful direction of the Russo brothers, Avengers: Endgame is truly a masterclass in high-concept storytelling, bringing a series of epic scale to a fixed conclusion — with dramatic and comedic flair. Luckily, Markus and McFeely offer Iron Man, Captain America, Thor and the rest of the original six a lion’s share of the dialogue, a proper homage to the characters that set the stage for every subsequent Marvel film; couple that with superb acting from Downey Jr., Evans and Hemsworth, and a genre classic is born.

Where “Avengers: Infinity War” functions as a bridge to Avengers: Endgame, with rousing battle scenes and a fair amount of exposition, the latter offers twists and turns, and brings other subtleties to the characters that fans have grown to worship. Cutting between invasion scenes, space flight, the Avengers’ lab and drab tracking shots of a nearly barren Earth, Avengers: Endgame is a film for the ages, all thanks, truly, to the minds of the late Stan Lee and Jack Kirby. 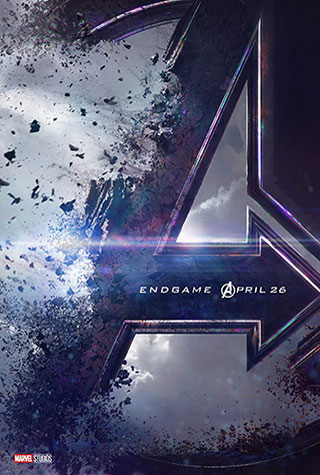