In 2019’s Downton Abbey, creator Julian Fellowes succinctly blends the bold episodic wit of the “Downton Abbey” television series with charm and grandeur — the latter playing wonderfully on the silver screen. A mix of fan service and carefully scripted royal drama, the film is an exquisite homage to the six-season British TV mainstay. Playing well to longtime fans and the respective strengths of the ensemble, the movie is well worth a watch, immediately dropping viewers into the upstairs-downstairs drama of the world’s most recognizable stately home.

Set approximately one year after the events of Season 6, the film embraces the ITV/Masterpiece formula, with colorful palettes, sprawling tracking shots and the inevitable wrangling between a British peer and his political enemies. Perhaps the biggest takeaway of the film is its director, Michael Engler, long a staple of scripted TV dramas and the stage. Engler brings a steady, almost calming effect to the bedlam that is the Crawley household. He does so with impressive attention to detail — especially with his “upstairs” cast, ever the victims of changing times.

Engler’s direction syncs nicely with Fellowes’ guiding hand/screenplay, crafting one of the more memorable adaptations of interwar England. The aristocratic Crawleys continue their mostly conspicuous tenure in their Yorkshire community, but in a tolerant way that opens it to culture and technology. Never is this more apparent than in the arc for Tom Branson (Allen Leech, “Bohemian Rhapsody”), whose Irish Republican views are accepted by the Crawleys and whose work selling vehicles is not considered far beneath his station. Branson and his sister-in-law Mary Crawley (Michelle Dockery, “Non-Stop”), the posh and headstrong aristocrat, are forced to adapt to changing times by closely overseeing their tenant farms and revenue streams.

More specifically, this film picks up in 1927, when Robert, the Earl of Grantham (Hugh Bonneville, “The Monuments Men”), receives a letter from Buckingham Palace indicating that King George V and Queen Mary intend to stop at Downton on their tour of the Yorkshire countryside. Rising to the occasion, the Downton staff begins to plan for the royal visit. Much to their dismay, the royal household staff soon arrives — including the Royal Page of the Backstairs, plus the royal dressers and chef. Mary, believing butler Thomas Barrow (Robert James-Collier, “The Ritual”) to be ill fit to see the visit through, considers bringing back Mr. Carson (Jim Carter, “My Week with Marilyn”), the retired butler. Meanwhile, Anna and John Bates (Joanne Froggatt, “Filth” and Brendan Coyle, “Mary Queen of Scots,” respectively) hatch a plot to give the Downton staff the glory it deserves for such an occasion.

Upstairs, Violet Crawley, the Dowager Countess of Grantham (Maggie Smith, “The Lady in the Van”), is upset that the queen’s lady-in-waiting, Maud Bagshaw (Imelda Staunton, “Maleficent”), will accompany the royals, due to an inheritance dispute. Bagshaw, who does not have a direct heir, is Robert’s first cousin once removed and the closest relative, though she’s yet to name Robert her successor.

Cora Crawley, the Countess of Grantham (Elizabeth McGovern, “The Commuter”), however, remains indifferent — fixed instead on the reunion of her daughters at Downton. Cora awaits the arrival of Edith Pelham (Laura Carmichael, “Tinker Tailor Soldier Spy”), with son-in-law Bertie Pelham, the Marquess of Hexham (Harry Hadden-Paton, “The Deep Blue Sea”), who retains a strong position under George’s reign.

With everyone under the Downton roof, the Crawleys are fixed on providing the royals a memorable stay, while solidifying the Grantham name. But political upheaval, family drama and the strict social-class system all seem to foil the plan.

Fellowes has a keen sense of making his characters essential to the plot. Not only was that present in the TV series — between the Crawleys, Lady Rose MacClare (Lily James, now of immense Hollywood fame), Mr. Carson, Thomas Barrow and more — but it carries over to the big-screen version, with similar tactics and sturdy new personalities.

As a film, however, Downton Abbey is not perfect, as it caves to the more subdued and lighter storytelling methods of primetime TV. Yet it functions especially well as a turn-of-the-century historical drama incorporating true events/scandals and likable (and off-putting) characters. Where Fellowes, and in this case Engler, succeed, is in the minutiae — so, characters at the periphery, scenery, the political backdrop and depth of character.

Downton Abbey the movie may be the drama you revisit more than once – as a way to ground yourself a century in the past, in a world that seems both so distant and yet so timely. 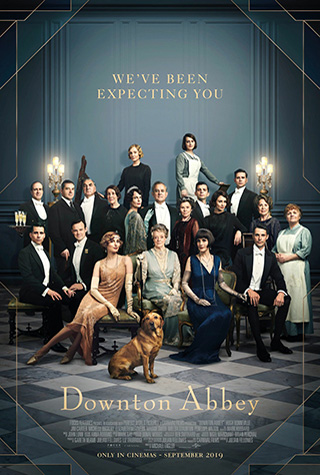